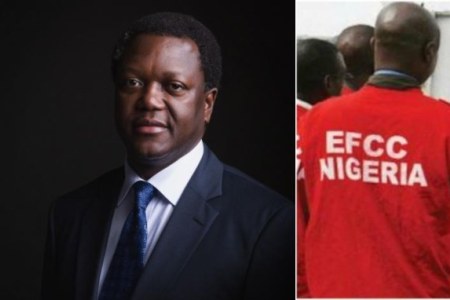 SAHARANEWS – Reno Omokri, former aide to Goodluck Jonathan, have raised an alarm over the alleged arrest of Uyiekpen Giwa-Osagie, who is a Lawyer of the PDP Presidential candidate, Atiku Abubakar.

According to.Reno Omokri, the arrest was made today with the aid of 25 heavily armed policemen.

The @officialEFCC today arrested @atiku’s lawyer, Uyiekpen Giwa-Osagie with 25 heavily armed policemen. Is this why they postponed the election and implemented their #CoupAgainstNigeria? Their plan is to go after those around Atiku to see if they can cripple him before Saturday.

The @officialEFCC should tell Nigerians why they have arrested @Atiku’s lawyer? What is his crime? Who is next? Is it Atiku’s wives or his children? Is Atiku now public enemy? Is that why @MBuhari instigated the election postponement #CoupAgainstNigeria? Why is PMB so desperate?

SaharaNews will bring you the details later….