We need leaders prepared to bring Nigeria together —… 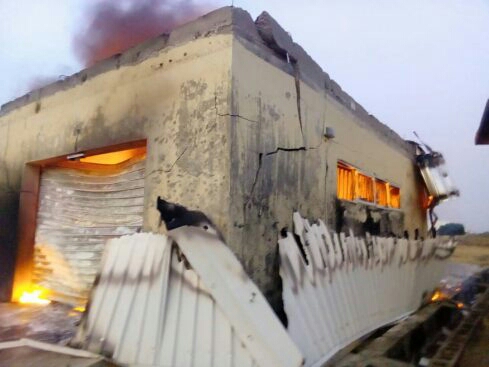 SAHARANEWS – The office of the Independent National Electoral Commission (INEC) in Qua’an Pan local government area of Plateau State has been engulfed by fire, less than one week to the Presidential elections.

Plateau State INEC Head of Department, Voter Education and Publicity, Osaretin Imahiyereobo confirmed the development to SaharaNews in a chat, saying the incident was said to have been caused by a drunken security man.

Imahiyereobo did not mention the time of the fire outbreak but his statement described the incident as a setback for the preparations for the general elections in the Local Government Area.

He stated that: “the office is completely burnt with all its content i.e Ballot Boxes, Generators serviced and filled with fuel, cubicles, newly printed electronic and manual Voters Register, uncollected PVCs, materials for the preparations of RAC and other materials yet to be identified.

“The management team led by the Administrative Secretary, Gbadamasi Rasheed are on their way to assess the situation.”