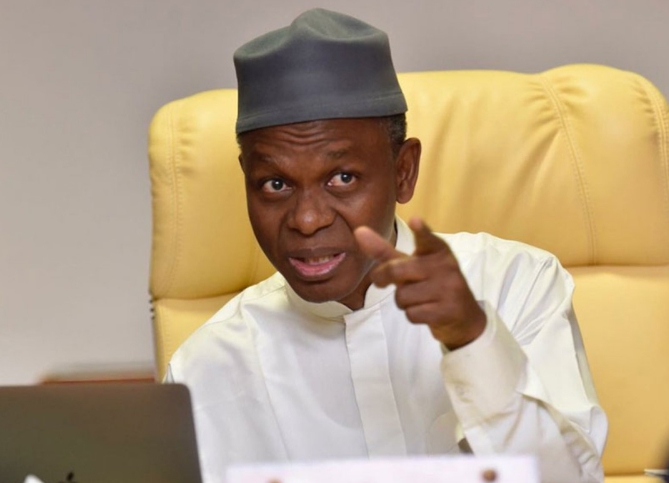 The seventh NGF poll will hold on Wednesday in Abuja.

El-Rufai may back out of the contest following talks among All Progressives Congress (APC) governors, SaharaNews learnt last night.

NGF has produced six chairmen in the last 20 years of the nation’s democracy.

The Southwest, the Northeast and the Southeast have not chaired the NGF.

Most PDP governors are said to be uncomfortable with El-Rufai because of his derision of the opposition and hardline on some national issues, especially from the religious perspective.

El-Rufai is seen by some PDP governors as one of the architects of the defeat of the opposition party in the last general elections.

The governors will attend their last National Economic Council (NEC) meeting on Wednesday. They will use the opportunity to elect a new chairman.

A PDP governor said: “We have decided not to support El-Rufai as the next chairman of the NGF because his temperament is not good enough for this office. He is a courageous, brilliant and smart individual but if he leads NGF, his caustic comments can create discontent among us.

“Also, he has a headmaster instinct, which does not fit into a forum where we are all colleagues. Since Fayemi has indicated interest, we prefer him as a moderate.”

Another PDP governor said: “The Kaduna governor does not care a hoot about PDP, a party which provided him the opportunity to climb up leadership positions. He has derided us during the campaign; we will pay him back in his own coin.

”The outgoing NGF chairman, Abdulaziz Yari, has set a template of dialoguing with the Presidency for interventions, including the latest N649.43billion and we need another governor who can continue.

“We don’t want any NGF chairman who will use the forum as a platform for 2023 general elections. We respect el-Rufai, but we won’t give him this opportunity.”

As at press time, there were indications that el-Rufai might back out of the race because of the ongoing talks among APC governors.

An outgoing APC governor said: “We want to go into the NGF election united, unlike the case in 2011 when we had a split among ourselves. The APC governors are already building consensus too around Fayemi.

“The ongoing talks may lead to the withdrawal of el-Rufai from the race, more so a governor from Northwest has just ended his tenure as NGF chairman. Equity demands that the office should be conceded to another geopolitical zone.

“I think the candidature of Fayemi is more acceptable to both APC and PDP caucuses. He is also a ranking governor in our midst.”

BREAKING: Nnamdi Kanu saw This coming Since 2014 and Cried Out But No One Listened, Now The Realities Are Staring At Us In The Face – Fani-Kayode