I will rebuild and secure Nigeria: Osinbajo declares for…

UPDATE:FBI Confirms to EFCC that Tinubu DID NOT Attend… 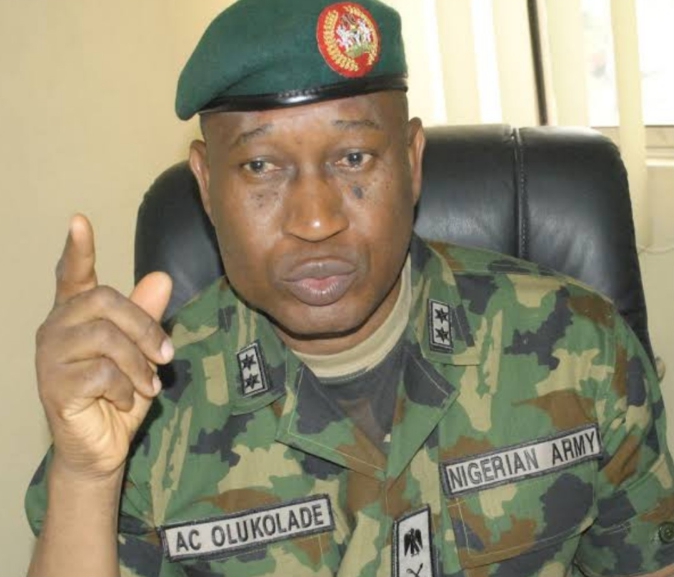 SAHARANEWS – Nigeria Army has bow to pressure, after series condemnation from different quarters, especially from the Indigenous people of Biafra ( IPOB)
to release the name of the Soldier who killed one Mr Chimaobi in Abia state , recall that the Army has earlier denied any involvement in the incident .

However in a statement gathered by Southern Dailies , the deputy director, public relation officer , 82 division Enugu, Col, Aliyu Yusuf has revealed the name of the officer to be one Lance Corporal Ajayi Johnson, and that the said officer has absconded from he duty post before committing the crime in the said location, he said however that investigation were still ongoing….

In reference to our earlier press release on the incident that led to the shooting of one innocent Nigerian citizen, Mr. Chimaobi Nwaogu of Umuokereke-Ngwa Community in Obingwa LGA of Abia State, the Headquarters of the 82 Division of Nigerian Army (NA) wishes to inform the general public that further investigation
on the unfortunate incident revealed that Lance Corporal Ajayi Johnson, one of the soldiers deployed to Forward Operations Base Ohanze, for security duty absconded from his duty post to an unknown destination.

He was thereafter, reported to have been involved in a scuffle that led to the shooting and killing of Mr. Chimaobi, who is an Okada rider, on Wednesday, 7 August 2019.

The soldier has since been arrested and detained, while a disciplinary procedure is in progress.

He will be tried according to extant military laws, and if found culpable will be dismissed and handed over to the Civil Police for prosecution.

The NA deeply regrets the unfortunate incident, and pray for the repose of the soul of the deceased.

We also pray that the almighty God will strengthen his family, loved ones and the entire Abians over this irreparable loss.

You are please requested to disseminate this information to the general public through your medium.

Recall that SaharaNews had earlier reported that IPOB demanded the evidence of arrest of the killer soldier.

#RevolutionNow: “Block 3rd Mainland Bridge For 1hr And We Will Shot Down Biafraland For One Week” – Nnamdi Kanu Challenges The Organizers (See Video)