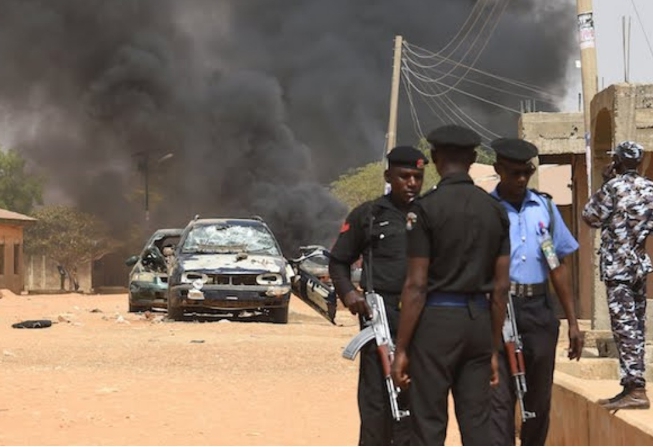 SAHARANEWS – Nigeria’s election body suspended vote-counting in the oil-rich Rivers state, citing widespread violence and disruption including the abduction of some staff.

The Independent National Electoral Commission said the election processes will be halted until further notice after ballot materials were destroyed in the region of southeast Nigeria.

“The safety of our staff appears to be in jeopardy and the commission is concerned about the credibility of the process,” it said. Voting ended Saturday.

ALSO READ:  "Kidnapping Is Now A Big In Nigeria, It's Impossible To Stop" - Governor Wike

The INEC acted after the British High Commission in Nigeria said it is concerned by reports that “military interference” has been observed during the process in the state.

“INEC staff must be allowed to do their job in safety, without intimidation,” the U.K. body said Sunday on Twitter.

The main opposition People’s Democratic Party separately in an emailed statement condemned the confiscation of the state’s governorship vote results by soldiers.

“Such a barefaced assault is only akin to a coup d’état and should not be allowed to stand,” the party said. “The use of soldiers to ambush the electoral process and confiscate results is an extreme scheme by the APC and the Buhari Presidency to enmesh the Rivers state governorship election in controversy.”

A spokesman for the presidency, Femi Adesina, declined to comment when reached by phone on Sunday.

The military has increased its presence in states such as Rivers and Benue in central Nigeria, where clashes have erupted between crop farmers and cattle herders over grazing land. Because President Muhammadu Buhari’s All Progressives Congress has been banned from fielding a gubernatorial candidate in Rivers over internal party disputes, it’s supporting the African Action Congress against the PDP.

BREAKING: Kano Indigenes Sacks Gov GanDollar (As He’s Been Called Recently) As They Insists Their Votes Must Count – See Video