Fayose congratulates Atiku, describes Wike as ‘a man of… 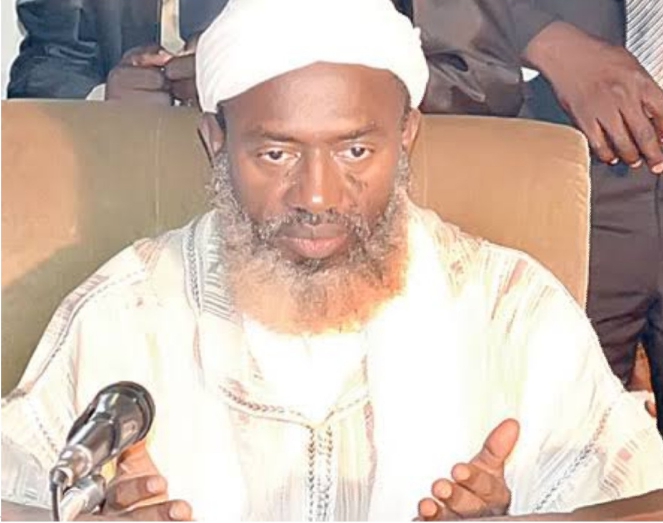 SAHARANEWS – A prominent Islamic scholar, Dr Ahmad Abubakar Mahmud Gumi, has declared that Nigeria will disintegrate and that the North will suffer most compared to the other regions.

According to him, in the face of a possible break up, the Southwest will be relatively stable; Southeast will be stable, but the North will be volatile.

Narrating what Nigeria will be like if disintegrated, the cleric said, “I see chaos and probably Nigeria can even disintegrate. And disintegration will be bad for Nigeria,” he was quoted by Sun.

“Let me tell you about the North if there is disintegration. The worst thing any country will like is to have an unstable country as a neighbour.

“So, Southwest will be relatively stable; Southeast will be stable, but the North will be volatile. How can we contain Boko Haram in the Northeast? No way.

“How can we contain the problem of the herdsmen in the North? We cannot contain them.

“In fact, the little weight the Southwest and Southeast are adding to fight them is what is suppressing them, but if you go and leave us with them we will just eat ourselves and you have a very volatile North and I do not think we will have peace there because the borders are not barbed-wires and there are so many inter-marriages.

ALSO READ:  2023 Elections: Fulani Conquest Mission And The Choices Before The Rest Of Nigeria - NINAS Secretariat

“In fact, Nigeria will just be like another Lebanon or Yemen. Nobody can control the North because nobody has monopoly of power in the North.More in HOME

“The herdsmen, if they have any iota of political acumen, even if they are evil since your man is in power what do you do? You lie low to allow him to have the power.

“You don’t become so virulent that you end up destroying the northern power by attacking people everywhere not caring who is there. Let me tell you this.

“Nobody is in control of the North now. No northern politician has that clout to embrace everybody in the North.

ALSO READ:  Heavy Tension As Residents Of Abia Community Set A Man Ablaze For Killing His Wife Who Built Him A House And Bought Him A Car

“Everybody in the North is with his clique and that is a very dangerous situation for the country. The Southwest is divided into two equal house and nobody is in control there too, but generally, the people there are not violent.

“They can negotiate and stay in peace. The people of the Southeast seem to understand each other because their own is business. I see it to be more stable even though the Kanu IPOB people are there because generally the population there can understand and negotiate.

“They can only have population problem if people ask them to go back to their region. But the North? So, you can just imagine