BREAKING: Buhari swears-in Yakubu for another term as INEC…

BREAKING: Nigerian Court Sent A 67yrs Old Man To Jail For Killing A Cow That Was Grazing On His Farm 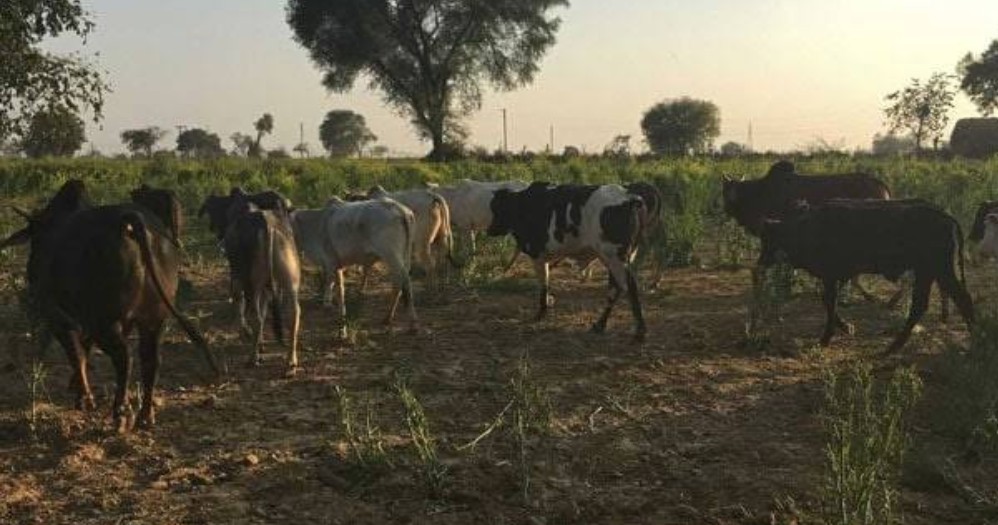 SAHARANEWS – A Dutse Grade I Area Court, Abuja, on Thursday, sentenced a 67-year-old farmer, Samson Aku, to three months imprisonment for maiming and killing a herdsman’s cows which strayed into his farm.

The presiding officer, Suleiman Mohammed, sentenced Aku after finding the convict guilty of the charges filed against him.

The act, according to the judge, is not justifiable.

He said: “It is evident that the defendant took laws into his hands, which shouldn’t be, and has failed to convince the court in his defence the reason for his actions.

“Therefore, this court, having found you guilty of the charges brought against you, hereby sentences you to three months in a correctional facility, while in consideration of your age.”

Mohammed, however, gave the convict an option of N25,000 fine.

The convict, a resident of Friendship Street, SCC road in Bwari, was arraigned for causing mischief by killing or maiming an animal.

He pleaded not guilty to the charges.

The police prosecutor, Mrs. Idowu Ojo, told the court that on June 6, one Dauda Usman, a Fulani herdsman and resident of Zuma area of Bwari, reported the matter at the Bwari police station.

Ojo said while the complainant’s cows were grazing in the bush behind Kogo II village in the district, they mistakenly entered the defendant’s farm and ate part of the crops on the field.

The prosecutor said the defendant, however, angrily used a machete to maim six cows, killing four in the process, all valued at N360,000.

She explained the two other cows were quickly slaughtered by the herder to save himself of a total loss, after noticing that the injuries inflicted on the animals were killing them.

Ojo said that during the investigation, the defendant confessed to committing the crime.

According to her, the offence contravened Section 329 of the Penal Code and punishable under the same.