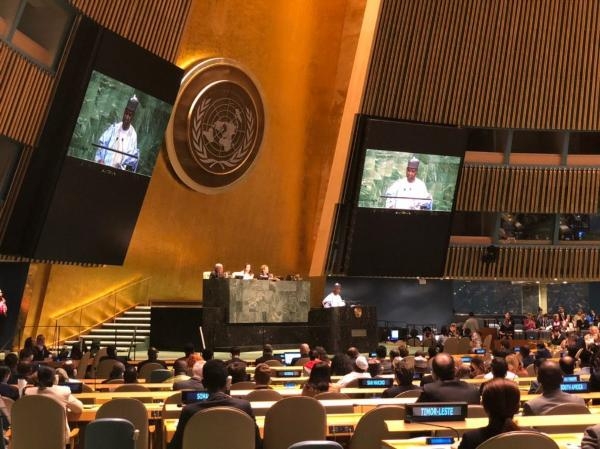 Muhammad-Bande, the sole candidate for the position, was elected through acclamation at the 87th plenary meeting of the Assembly in New York on Tuesday.

He is the second Nigerian to hold the office after Joseph Garba, a retired military officer and diplomat, who led the organ between 1989 and 1990.

He will be inaugurated in September.

On her verified Twitter handle, María Fernanda Espinosa Garcés, the President of the 73rd Session promised support for the incoming president.

She tweeted, “My sincere congratulations to HE Mr. Tijjani Muhammad-Bande #Nigeria, for his election as 74th #UNGA President. Amb. Tijjani brings with him an outstanding career both as scholar & diplomat. My team & I will be at your disposal to ensure the smoothest transition possible.”