IPOB, The Only Mass Movement Capable Of Organizing A…

BREAKING: Nigerians Call For Buhari’s Resignation, Sack Of All The Security chiefs 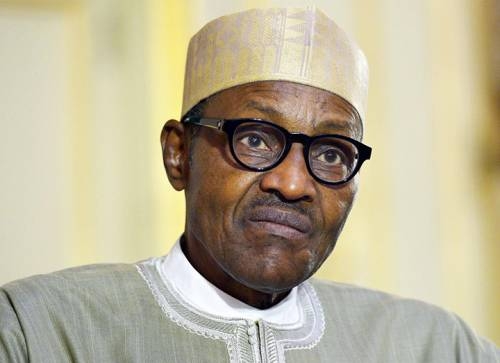 SAHARANEWS – Nigerians have taken to Twitter to call for the immediate resignation of President Muhammadu Buhari for failing to secure the lives and properties of citizens.

They are also calling for the sack of all security chiefs in the country.

The outrage was sparked by increased Boko Haram activities from December 24, 2019 that has seen to the killing of at least 76 persons.

Taking to Twitter on Thursday to pour out their feelings on the matter, Nigerians urged Buhari to cover his face in shame and resign.

@Young Otutu in a tweet, said insecurity, unemployment among other factors were reasons President Buhari should step down.

He said, “Lest we forget: Buhari’s admin has recorded an all time high level of inflation, nepotism, insecurity, minimum wage reduction and increase in number of unemployed.

“Yet Garba Shehu thinks Senator Abaribe’s call for #BuhariResign was foolish. May we never be blinded by self interest.”

@Doctoremto tweets, “I expect Buhari and APC to go after Senator Abaribe for giving us valid reasons the President should resign.

“However, it only makes sense for this #BuhariResign campaign to trend because this is definitely not the Nigeria of our dreams. Worsening insecurity, poverty etc!”

He said, “We need more people like Senator Alaribe in this country.

He used the government’s words against them.This government said if they didn’t perform, we should stone them. That is what we should do, stone them!”

For @Tosin Olugbenga, “Buhari is not in charge, it’s obvious, even his wife Aisha when things don’t go in her favour has reinstated this over and over again. Buhari never speaks to Nigerians, it’s always a reported speech.

“The cabals would not allow him talk because they know it would be a disaster. #BuhariResign.”

“Well Buhari said he’s shocked that Boko Haram still exists and poses a threat to Nigeria, and you expect us not to call for his resignation?#BuhariResign #Buhariout.”

BREAKING: Nigerians Describes Senator Enyinnaya Abaribe As The Last Man Standing, The Only True Voice Of The People