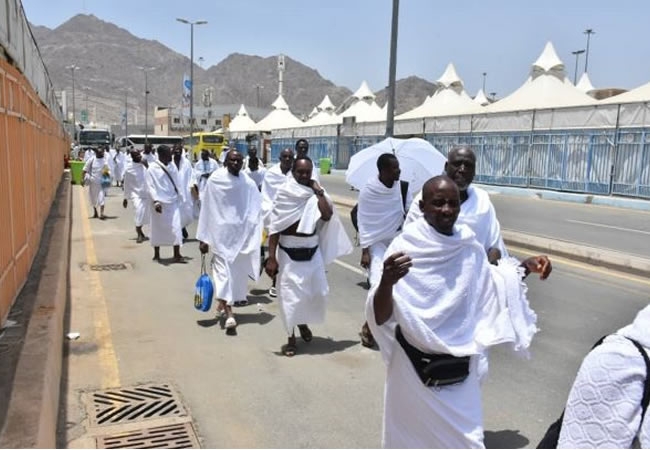 SAHARANEWS – The Chairman, National Hajj Commission of Nigeria, Dr Ibrahim Kana, has said the number of Nigerian pilgrims who  have died while performing the 2019 Hajj in Saudi Arabia has risen to nine.

Kana disclosed this in Muna on Monday while briefing journalists on the activities of the medical team of NAHCON for the pilgrims.

Kana said, “The deceased, a Lagos State pilgrim, collapsed at Jamrat and was brought to  hospital in Muna but died, she was hypertensive.”

Speaking with the News Agency of Nigeriain Muna, Kana  said the  leader  of the Lagos State  team in Saudi for the Hajj, Alhaji AbdulLateef Abdulkarim, had identified the deceased as Alhaja Folashade Lawal.

He said  the deceased  hailed from Oshodi Local Government Area of the state,  saying  she slumped at 3am while heading for Jamrat to throw stones at the devil.

Throwing stones at the ‘devil’ is one of the Islamic rites towards an acceptable Hajj.

A NANcorrespondent, who visited the Nigerian camp in Muna, reported that many pilgrims, mostly women, were seen buying women’s  wear and other gift items they claimed were meant for their families and friends at home.

The pilgrims, who will spend three days to accomplish religious rites in Muna,  are  expected to move to the Grand Mosque, Makkah on Tuesday to complete the remaining rites to ensure an acceptable hajj.

MURDER OF 3 POLICEMEN: “The Police May Launch Reprisal Attacks, Travel On Mufti For Now” – Buratai To Soldiers