BREAKING:Serious Tension in Abia as Gunmen Kill One…

BREAKING: Nnamdi Kanu Further Explain The Coming Of Jubril And Replacement Of Buhari 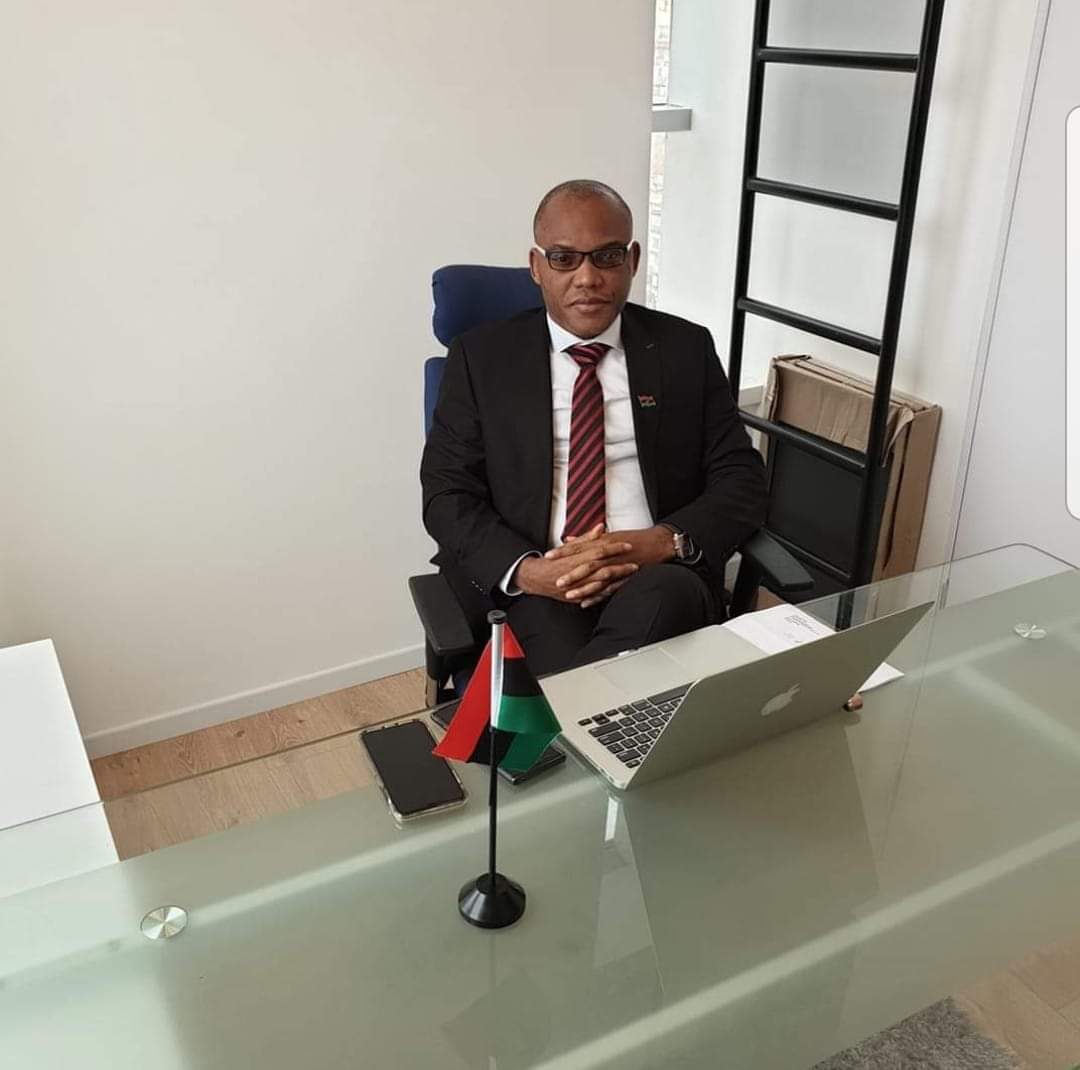 SAHARANEWS- Apparently the leader of Indigenous People of Biafra (IPOB) is not giving up yet on arriving at his claim on “dead of General Mohammad Buhari” released more more details on how Jubril Al Sudanese was recruited with the help of three (3) men.

Kanu, who made the disclosure on Wednesday 28 2019 during his evening broadcast on Radio Biafra London, gave names of the three men who assisted to recruit Junaid also known as Junaido.

He enlisted their names as Mr Hassan from Daura, Head of immigration in Khartoum, Benjamin Ethnan (base in Khartounm), and Muhammad Babandede.

Kanu, in his revealing but marveling post, shared by Chinasa Nworu, one of the IPOB’s media coordinators residence in Austria, noted that Hassan and Benjamin were brutally murdered while Muhammad, is currently alive, rewarded with political position

The story of how Jubri Al Sudani was recruited.

Mr Hassan from Daura Head of immigration in Khartoum. Jubril Buhari was his Friend while he was living in Sudan.

He was one of the 3 men who recruited Jubril to replace the dead Nigerian President Muhammadu Buhari. He was killed in may 2018.

Jubril’s real name is Junaid. But Hassan called him Junaido as nickname. When he finished his job and start asking for the promotion he agreed with them.

They kept giving him money but as he kept disturbing them, they sent DSS to Khartoum and they stabbed him to death.

The second man they killed in December last year was Benjamin Ethnan. He was in Khartoum also with Junaid.

They poisoned him with red wine in his house in Lugbe Abuja. He went to Aso rock to see his Friend Junaid but they denied him access to Junaid (Jubril) but instead they came to his house and poisoned him.

The third person is Muhammad Babandede. He was given an appointment. He is still alive but he maybe killed also.