EFCC Probe: We Have No Information On Move To Investigate… 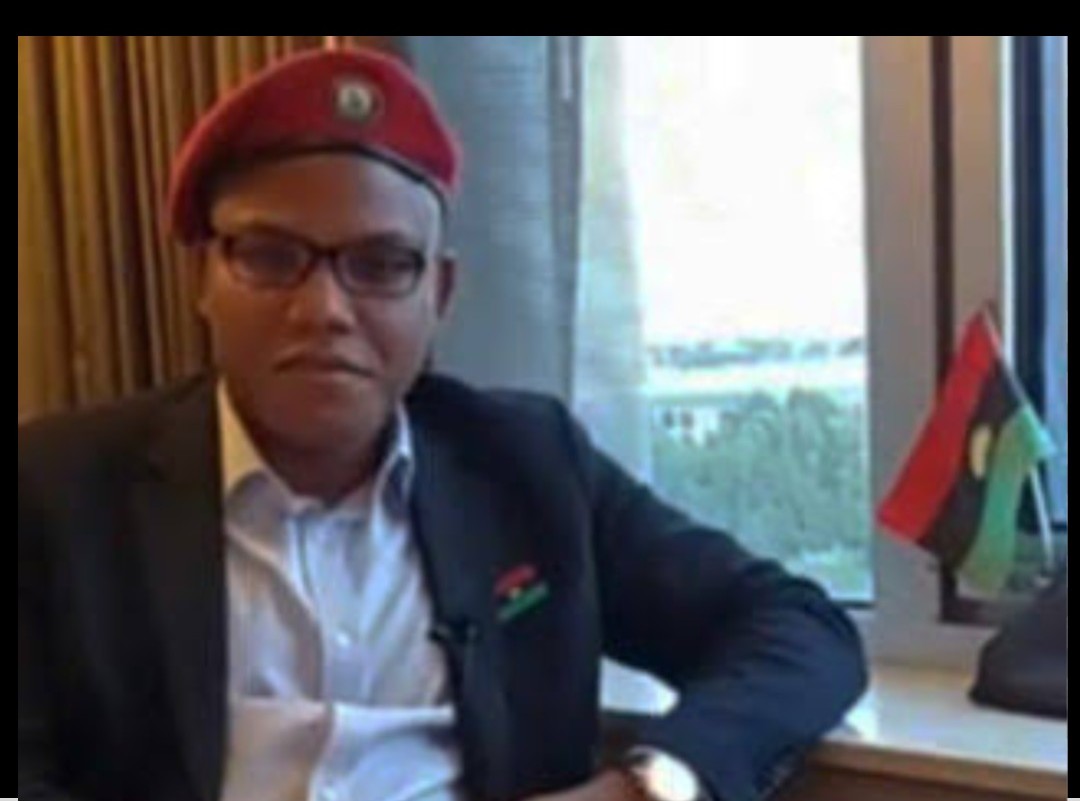 SAHARANEWS – Mazi Nnamdi Kanu, leader of the Indigenous People of Biafra (IPOB), has given the Federal Government fresh condition upon which he would sit at a round table with Nigerian Government officials to discuss the issue of the Biafran struggle.

In a statement made available to SaharaNews by the media and publicity secretary of IPOB, Emma Powerful quoted Kanu as saying that he was ready for dialogue if the Nigerian Government was willing to talk honestly and consider a referendum on self-determination for the Biafran people that will take place in a neutral space and organized by the United Nations.

“But even now, if a Nigerian government was willing to talk honestly and openly about our demands and to consider a referendum on self-determination for the Biafran people, in a neutral space provided by the United Nations, I would be there at the table.

“Look around Africa today. There are some countries with a functioning democracy, where the rule of law is respected and free and fair elections allowed. But not Nigeria, our struggle for self-determination is the struggle of Africa’s post-colonisation from Algeria to the Cape. If we can achieve this, perhaps we can lead other African countries to bring democracy and respect for law and human rights into the lives of African peoples”.

The IPOB leader said his demand for a neutral place for any dialogue was predicated on the invasion of his home in Umuahia in 2017 by the military who he said came to kill and not to arrest him, saying with such, his safety was not guaranteed anywhere in Nigeria.

“The men (soldiers) who came to my family home in September 2017 came to kill me. I do not doubt this. If they wanted to arrest me or question me, they would have sent the police or agents of the DSS. Why send soldiers trained to kill, if not to kill? I had wanted my day in court in 2017, but the military response tells me that the rule of law in Nigeria has collapsed”.

Decrying the invasion further, Kanu said, “The attack took its toll on my parents. My mother suffered heart complications as a result of the trauma and stress of the Nigerian army’s invasion of my house. She became very ill and died earlier this year. It would not be an overstatement to say that the primary cause of my mother’s death was Operation Python Dance 2.

“I have lost a mother. My father, a strong man, a chief among Biafrans, has lost his life’s companion. Sadly, we have watched his health decline since the attack on our home and my mother’s death.

I mourn my mother. I mourn my entire IPOB family member who had given their lives to protect mine”.

Kanu said it beats his imagination that even though the fourth most deadly Islamic Terrorist organization in the world, the Fulani Herdsmen, according to recent Global Index on Terror, operate in Nigeria, yet the Federal Government left them untouched and
went ahead to proscribe IPOB.

SaharaNews recalls that Kanu who was arrested and detained by officials of the Department of Security Service (DSS) and granted bail by the court, had his home in Umuahia invaded by soldiers on September 17, 2017, which necessitated his escape from the country two years ago.