TRUTH:UN, EU, USA Are keeping silent on MNK Case, because he… 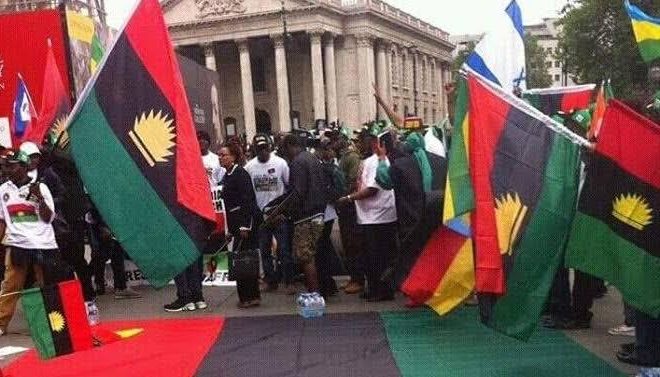 SAHARANEWS – The members of the Indigenous People of Biafra, IPOB, will march in Washington DC on June 20, 2020.

Nnamdi Kanu, Leader of the group, said he would participate in the march.

According to him, the march would be used to sensitize the world about certain issues in Nigeria.

The group also described the march as a “march to freedom.”

SaharaNews recalls that Kanu’s parents who died recently were buried on February 14th, 2020.

SaharaNews gathered that monarchs from Southeast, South-south and Bakassi – the ceded region of Nigeria, attended the funeral that was peaceful despite threats from security forces.

CORONAVIRUS: Another Patient Attempts To Escape From Quarantine Facility In Lagos