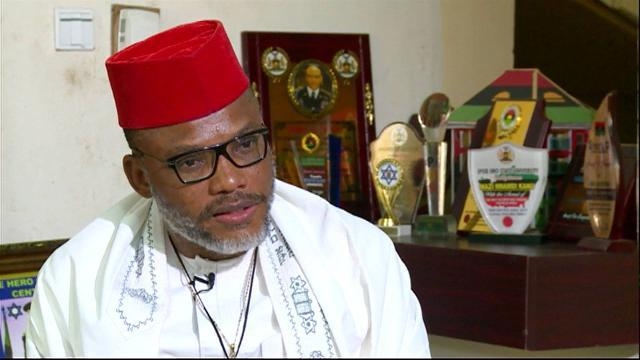 Alleging that Buhari was pursuing a jihad or Islamisation agenda, they told the UK parliament that Buhari was not serious about tackling insecurity arising from Boko Haram insurgency and herdsmen-farmers crises in the country.

The trio acted under the aegis of Nigerian Christian Elders Forum, NCEF.

Reacting to the report, Kanu lamented that the world refused to listen when he first raised the alarm.

Sharing the report on his Twitter handle, the IPOB leader expressed optimism that the world would listen to NCEF leaders.

Kanu tweeted: “Over the years I repeatedly warned that Fulani oligarchy will not stop until they complete their jihadi conquest of Nigeria. I was castigated and called all manner of names.

“I hope @UKParliament will listen to TY Danjuma because Britain created this human tragedy called Nigeria.”