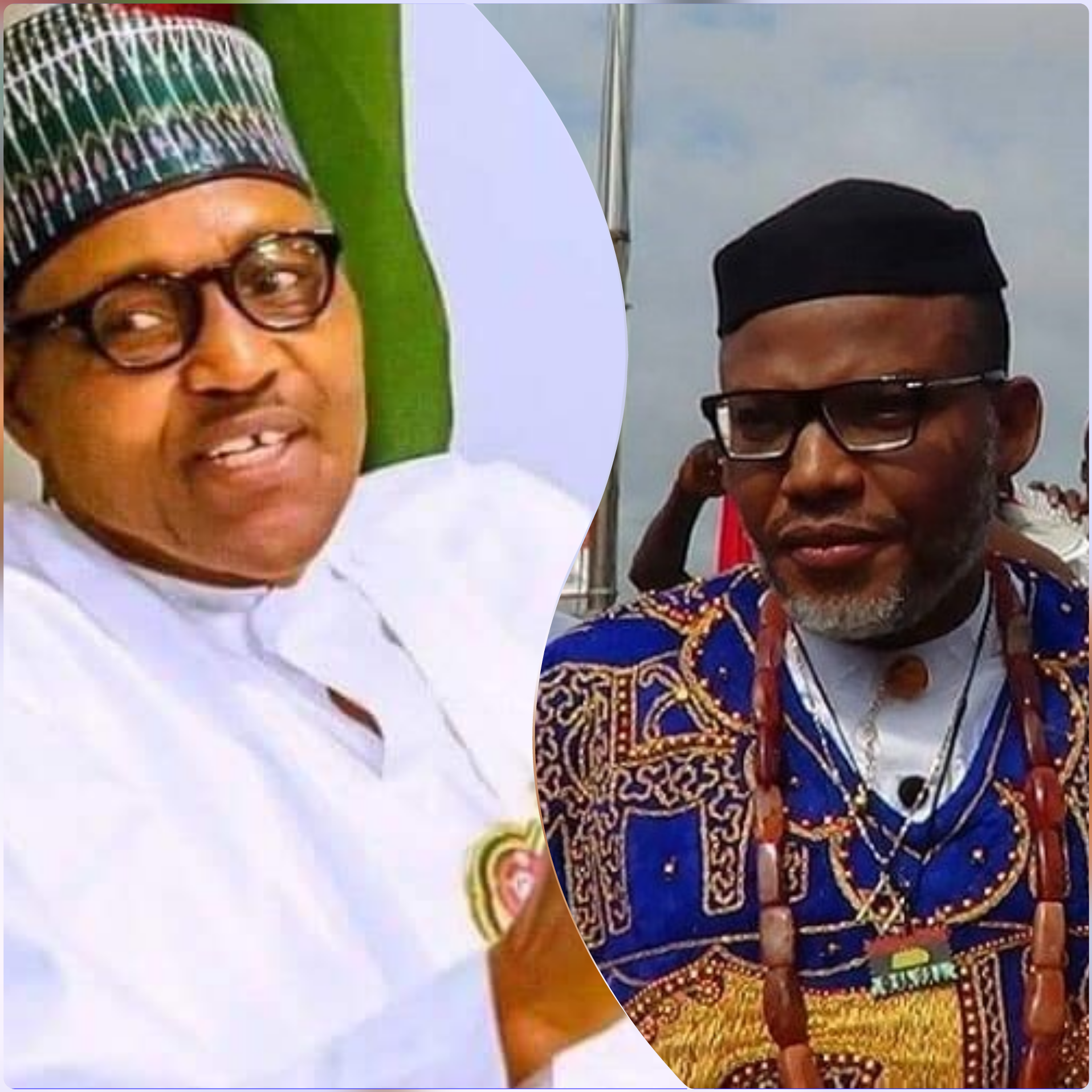 SAHARANEWS – The leader of the Indigenous People of Biafra (IPOB), Mazi Nnamdi Kanu has dropped an evidence to prove that President Muhammadu Buhari is allegedly dead.

Kanu has always maintained that President Buhari was allegedly replaced by Jubril Al-Sudani from Sudan. He had said the replacement was allegedly done in London in connivance with the British authorities.

However, the President has denied these claims. But Kanu has come again with yet another proof. Posting on his Facebook Page on Wednesday morning, he said: “Buckingham Palace does not welcome dead people.”

ALSO READ:  JUST IN: Ohaneze Urges Asari Dokubo To Make Peace With Nnamdi Kanu As A Matter Of Urgency, Says It's Time To Work With Singleness Of Purpose, Expresses Shock Over FG’s "Romance" With Miyetti Allah

Read his statement below

Among the scientific evidence I presented, was the fact that Jubril is not as bald as Buhari, which led me to challenge him to remove his cap in public. Thanks to ancient British royal dress code for state banquets, the world can now see that Jubril is not Buhari after all.

In England, you must remove your cap if you want to enter a royal banquet unless you are a crowned head i.e. a king or queen. Below [see photo above] is the official Buckingham Palace photo call for African heads of state at the banquet in London as part of the British-Africa Summit. Buhari is nowhere to be found even though we are told he is in the UK. But we know Jubril attended the event and probably hiding in a toilet somewhere. He doesn’t want to remove his cap.

ALSO READ:  If you don't pay tithe you are a criminal and your offense is punishable, says Pastor Ibiyeomie

I am sure Femi Adesina will come up with his usual and now legendary photoshopped pictures in the next few hours to deceive the already gullible Nigerian public. Thankfully this original picture taken of the attendees to the banquet is there as an eternal reminder of the shame of Nigeria.