How gunmen killed 51 civilians in fresh attack in Plateau,…

JUST IN: The influences of the Northern cabals will die with… 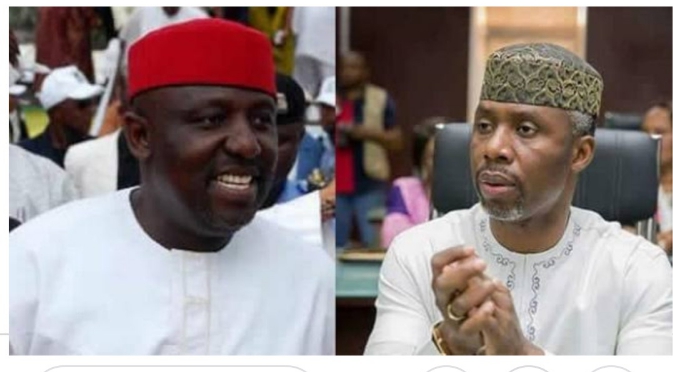 SAHARANEWS – Rochas Okorocha, Governor of Imo State has reportedly lost the Government House polling unit to the People’s Democratic Party (PDP) in the governorship and House of Assembly elections.

SaharaNews reports that his son-in-law, Uche Nwosu of the Action Alliance (AA) also lost to PDP.

The AA polled 14 and 21 votes from the two polling units for the governorship and 9 and 27 votes for the House of Assembly.

Total votes scored by the PDP in the governorship election at the Government House unit was 100 while APC scored 13.

For House of Assembly PDP polled 93 while APC polled 17.

Meanwhile, the election in the state contrary to expectations of violence was relatively peaceful except in few areas.

In Amakohia Ubi, Owerri West Local Government Area , rival political party thugs invaded polling units 03,04,13 and 14 in Ward 9 and made away with ballot boxes which caused pandemonium and brought voting in the area to an end.

Also, in Asa, Awara, Ilile and Osemoto in Ohaji/Egbema and Oguta respectively, thugs also were said to have snatched ballot boxes.

However, a PDP party agent at a ward in Nkwerre council whose full identity was yet to be identified was said to have been shot dead

According to an eye witness, two supporters of the AA party and APC had a heated argument which resulted in one of them firing a gun whose bullet hit the PDP party agent.

The State Police Public Relation Officer, Orlando Ikeokwu has confirmed the incident, but however said that details were still sketchy.

Meanwhile, the governorship candidates of the AA party, Uche Nwosu and that of the All Progressives Grand Alliance (APGA) Ifeanyi Araraume have commended the Independent National Electoral Commission (INEC) for improving on the last election it conducted.

They both expressed satisfaction with the conduct of INEC so far.