Ohanaeze denies killing 100 people from the north in the… 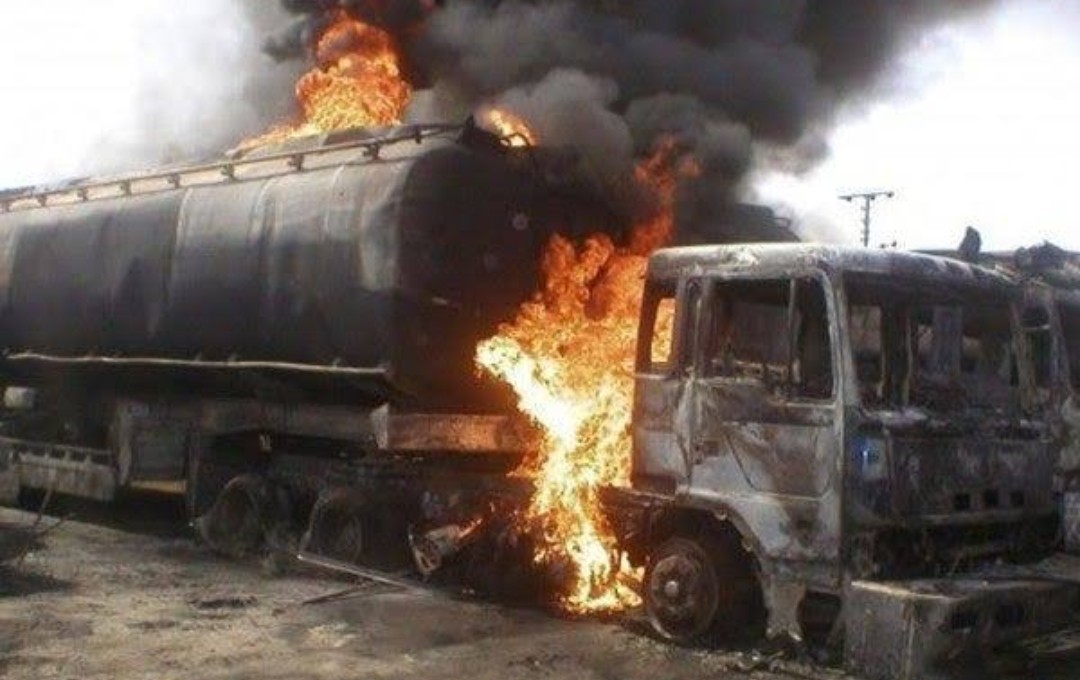 SAHARANEWS – A tanker loaded with 33,000 litres of petrol with no registration number, was on Wednesday razed at Nkpor area of Onitsha.

Kumapayi said an investigation revealed that the fire was caused by a mechanical deficiency, NAN reports.

“The fuel loaded tanker caught fire due to mechanical deficiency in the engine of the vehicle.

“The fire which completely burnt the tractor, was put-off by sympathizes, using fire extinguishers.

“Two male adults were involved. No casualty or injury was recorded.

“Officers of FRSC are diverting traffic and have cordoned the scene to avoid running into the carcass and the fire service vehicles,” he said.

The Sector Commander appealed to motorists to keep their vehicles in good working condition before embarking on any trip.