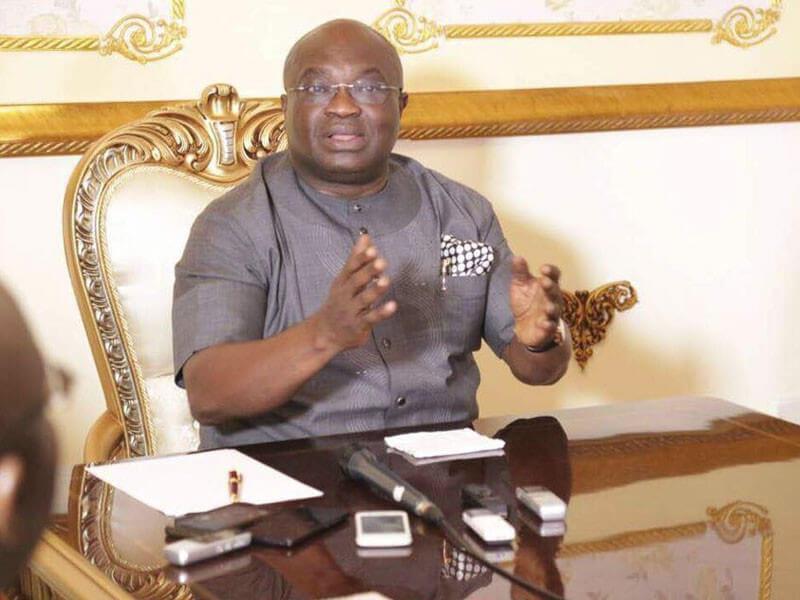 The Abia State government has alleged that a former Governor of the state, Orji Uzor Kalu was responsible for the military invasion of the Umuahia residence of the leader of the outlawed Indigenous People of Biafra (IPOB), Nnamdi Kanu in September, 2017.

The State Commissioner of Information, John Okiyi Kalu, made this known during a radio programme in Umuahia and monitored by SaharaNews on Wednesday morning. He exonerated Governor Okezie Ikpeazu from the military attack in Abia state.

SaharaNews recalls that the IPOB leader, Nnamdi Kanu had urged his followers to ensure that Ikpeazu and Umahi is voted out, to serve as a reprisal over his (the governor’s) alleged role in the military invasion of his Afaraukwu Umuahia residence on September 2017.

According to the government spokesman, “Let me set the record straight, Orji Uzor Kalu was the brain behind the invasion of Nnamdi Kanu’s residence in Afaraukwu Umuahia. Quote me anywhere you go.

“The governor was not in the country, when the military operation took place in Afaraukwu Umuahia in September 2017. The governor did not tell the President to bring operation python dance.