Why we are demolishing market shanties and worship centres… 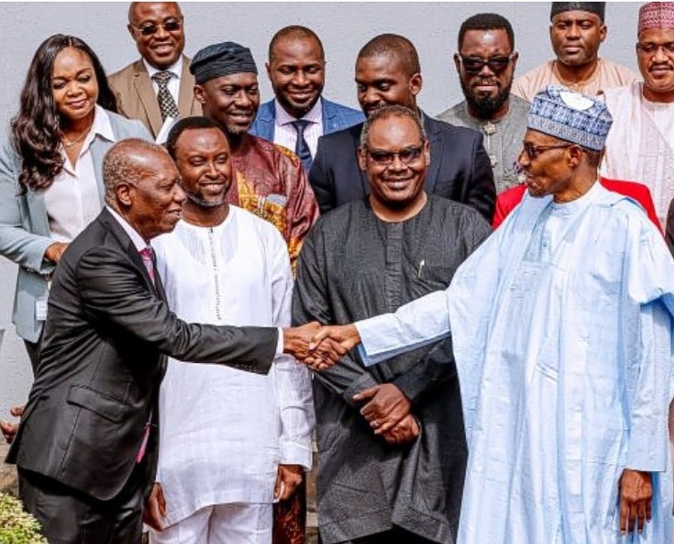 His death was confirmed in a tweet sighted by SaharaNews on the African Continental Free Trade Area (AfCFTA) Twitter handle, Sunday night.

Reacting to the development, President Muhammadu Buhari in a statement described the deceased as a “rare gem” in his government.

While commiserating with friends and family of late Osakwe, the president noted that his demise had created a “gulf” in the Nigerian Trade Office.

The statement which was issued by the President’s spokesman and posted on the Nigerian government official Twitter handle, reads;

“On behalf of the Federal Executive Council (FEC) and all Nigerians, President @MBuhari condoles with the family of Nigeria’s Chief Trade Negotiator and Director General of the Nigerian Office for Trade Negotiations @TradeOfficeNG, Amb. Chiedu Osakwe.

“The President notes, with deep pain,that the passing of Amb Osakwe has created a gulf in @TradeOfficeNG, which he served as pioneer Dir-General, bringing invaluable experience, knowledge & skill in setting up & motivating the operations of the agency that was established in 2017.

“President @MBuhari commiserates with all friends, relations and professional associates of the deceased, who served the country for many years as Foreign Service Officer, before joining the Word Trade Organisation, … and later accepting to return to the country as a Trade Adviser to the Ministry of Industry, Trade and Investment, and Director General of @TradeOfficeNG

“The President affirms that the intellectual depth, fervour and sense of patriotism that Amb. Osakwe handled responsibilities will be sorely missed, especially the frontline and historical role of chairing the Negotiating Forum of the African Union (AU) … from June 2017 to March 2018, during which time the negotiations were concluded on the Agreement Establishing the African Continental Free Trade Area (#AfCFTA).

“President @MBuhari prays that the Almighty God will receive the soul of the cerebral diplomat, scholar and administrator, and comfort his family.”

Forget About 2023 Presidency, The Only Hope For The South Is Either Aline With IPOB Or Go Back To Aburi Accord – Fani-Kayode To Southern Leaders