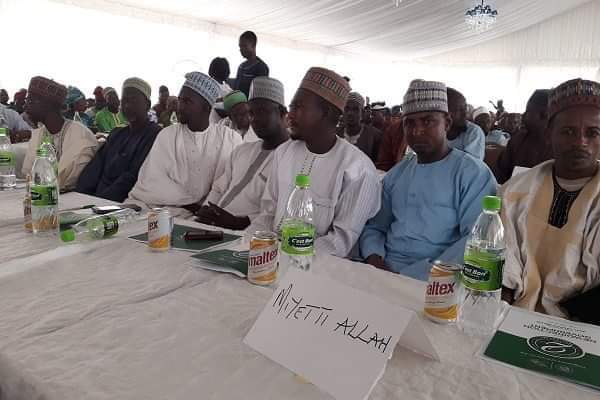 SAHARANEWS – The callous and provocative statements being issued out by Fulani National Movement in Nigeria (FUNAM) and their counterparts in Miyetti Allah Cattle Breeders Association of Nigeria (MACBAN), are indicative of their resolve to further unleash more genocide against the the peace loving indigenous tribes lumped up in Nigeria.

It is unfortunate that the Nigerian security forces, especially the conventional police and officials of the Department of Security Services (DSS) have in the face of these dangerous threats, not deemed it fit to arrest any of these war mongers for questioning.

These Fulani leaders have continuously been making inflammatory press statements which obviously, will soon have the Nigerian army, police and DSS officials, scampering to contain the attendant catastrophe that will ensue, in the event of reactions from other indigenous tribes.

In one of such unguided statements released by FUNAM while claiming responsibility for the gruesome massacre of hundreds of defenseless Christian community in Barkin Ladi local government area of Plateau State, the organization pointedly stated the obvious. It made it clear that “FULANI SPECIAL FORCE” coordinated those attacks, claiming the lives of hundreds of defenseless, innocent civilians. Beneath is a paragraph lifted from one of the press statements of FUNAM, containing their genocidal threat:

“The killing in Barkin Ladi was motivated by previous killings of FULANI men and women by Birom youths in collaboration with certain minority ethnic groups in PLATEAU. We hereby justify this retaliatory attacks and warn that we shall continue to defend ourselves and uphold the FULANI heritage now and in the future. Let it be known that the Fulani Special Force coordinated the attacks”. The above statement was made by Badu Salisu Ahmadu, FUNAM National President.

It is pertinent therefore, to make the Nigerian Armed Forces to understand that their deafening silence over the provocative statements of the Fulani oligarchy is suggestive of their complicity. The FUNAM and MACBAN leaderships’ press releases are clear invitations and endorsements of anarchy in Nigeria.

Recall that when former Biafra agitator, Chief Raph Uwazuruike called on Biafrans to defend themselves against the nomadic invasion into their ancestral lands, officials of DSS shamelessly issued an invitation to him to come and explain the full import of his utterance.

However, Fulani oligarchy in Nigeria has been publicly calling for outright genocide and also claiming responsibility for their inflammatory statements with absolutely none of them being arrested or invited for questioning by the Nigerian police or the DSS.

This game of double standards being played by the Nigerian security operatives as it concerns the Fulanis, portends potential/imminent revolution that will overwhelm Nigeria and the entire security architecture if these Fulani threats are left uncheckmated.

The highest point of the short text culled from the press release credited to the Fulani terrorists, confirms the open declaration that FULANI SPECIAL FORCE coordinated the dastardly attacks. By this singular statement of the Fulanis which the Nigerian police and DSS intentionally overlooked, it has become necessary therefore, for all the indigenous tribes lumped up in the Nigerian federation, to form their own SPECIAL FORCES that will counter/match the FULANI SPECIAL FORCES with equal strength and skill because the Fulanis do not have the monopoly of violence and destruction.

It will be the highest level of stupidity for the youths of communities in Biafraland and elsewhere, to continue to entrust the security of their people and lands into the hands of the grossly compromised Nigerian armed forces that have obviously become part and parcel of Fulani herdsmen with government approved aids.

Other paragraphs of the press statement from where the highlighted text was lifted, also have the information that there exists, an ongoing recruitment process of Fulani Special Forces across the West African sub-region. This is intended to have enough foot soldiers that will overrun the indigenous inhabitants of Nigeria especially in Biafraland and Oduduwaland which are being referred to as “East” and “West” with the intent to forcefully take over their ancestral lands.

FUNAM made it abundantly clear that all the indigenous lands across Southern Nigeria down to the Atlantic Ocean, belong to the Fulanis because according to them, they were the first nomadic occupants of the lands. Therefore, they can graze their cattle anywhere they so wish with Igbo and Yoruba lands inclusive and nobody will be able to stop them.

They proceeded to state that any community within these areas that considers denying them accessibility into their lands for grazing purposes will definitely have a taste of the venom of the Fulani Special Forces which are already in the waiting across the West Africa sub-region.

With the ongoing development in Nigeria, it is quite certain that the dice is cast. If any indigenous tribe chooses therefore to play the ostrich, it will be at it’s own detriment because the British packaged Nigeria is irredeemably a failed State. Anarchy is obviously looming in the horizon. Security, protection and self-defense of all the tribes which were earlier surrendered to Nigeria under the delusional unity, will undoubtedly be retrieved in the face of Fulani declared tyranny and terrorism.

It is therefore incumbent upon the Igbos, Yorubas, Hausas, Ijaws, Tivs, Junkuns and many other indigenous tribes, to take their destinies in their own hands and activate the principle of self-defense. Securing their own people and land by every means imaginable will definitely mark the end of the unworkable British enterprise called Nigeria. This is a clarion call which must not be compromised!