BREAKING:Trump orders series of prisoner executions in his…

Islamic Group calls for creation of Sharia court in southern… 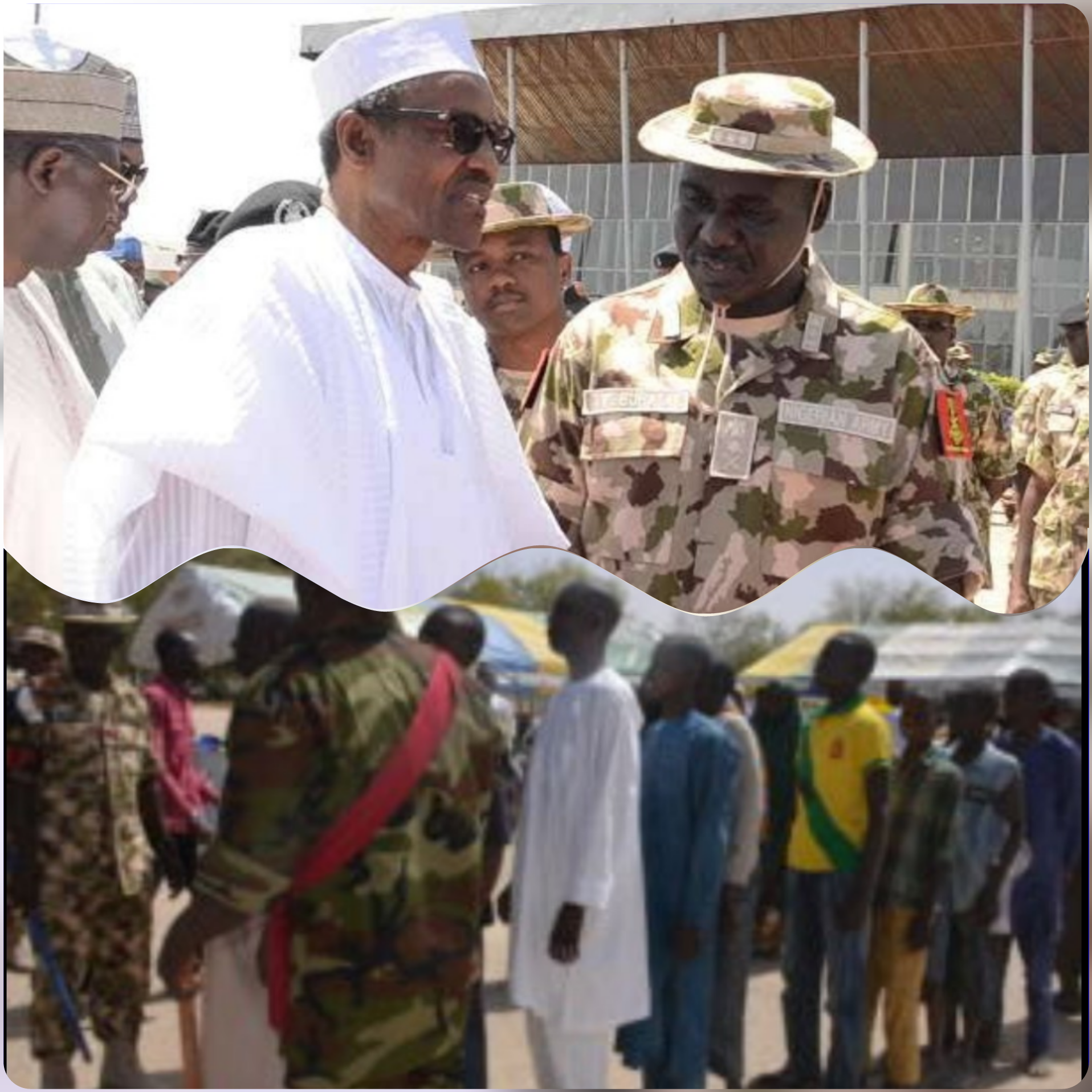 Presenting the men to the governor, Adeniyi said they were alleged to have links with the terror group.

The Army appealed to the Borno State Government to empower them by training them in various trades and vocations.

He told the insurgents still in the trenches that those that voluntarily surrender will be welcomed back to the society.

He, however, called on those freed to go and sin no more. He asked Boko Haram members willing to surrender to submit themselves to any army formation, police stations or any security agency office.

He said then the process of reintegrating them into the society will commence without intimidation.

In his address, Borno Governor said the state government will take the men to the rehabilitation centre to be trained in various vocations.

He noted that the government has always been taking such cases to the rehabilitation centre through Operation Safe Corridor.