UNBELIEVABLE! Tinubu Actually said These About The Elections… 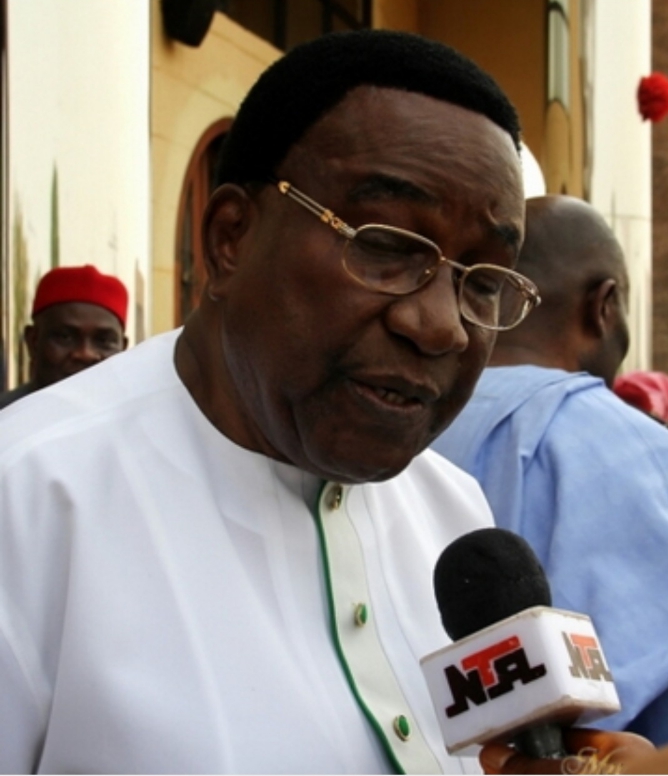 Nwobodo made this assertion during his 79th birthday celebration which took place in Enugu, SaharaNews reports. He, however, also called on Ndigbo to come together and support any body that is doing well to represent the south-east. He also urged the judiciary to discharge their duties with justice saying that it’s only the judiciary that can prevent the country from collapsing.

He hailed Enugu state governor, Hon. Ifeanyi Ugwuanyi, who he noted has brought politicians together in the state in peace. Speaking at the event, the president-general of Ohanaeze Ndigbo, Chief Nnia Nwodo, described Ugwuanyi as a governor whose leadership knows no boundary.

He said that Ugwuanyi does not discriminate among political parties because he treats everybody equally. Nwodo who was the chairman of the occasion, said that Ugwuanyi would not say because one is not a member of his political party and for this reason will discriminate against him to deny him his due. He said that since Ugwuanyi came to power, he has united the people of the state and this has brought peace to the state.

Meanwhile, a group, Igbo Ekunie Initiative (IEI), has accused the federal government of deliberately excluding the south-east and south-south zones in its national railway project and abandoning the railway contract in the two zones awarded by the regime of former President Goodluck Jonathan.

ALSO READ:  BREAKING: It's Now Obvious That There's No Future For Us In Nigeria - Nnia Nwodo Laments

The allegation was contained in a statement signed by its president, Chief Tochukwu Ezeoke and secretary, Lawrence Nwobu, on Wednesday, April 17.

BIAFRA: Ohanaeze Ndigbo, S-East Leaders Are Taking Their Own People For Granted In A Bid To Please Their Fulani Masters – IPOB