BREAKING:Court orders CBN to unfreeze the accounts of…

BREAKING: Peter Obi Berates Amaechi For Comments On 2023 Presidency, Says, “You Are Too Politically Irrelevant To Speak On Such Matter” – See Video 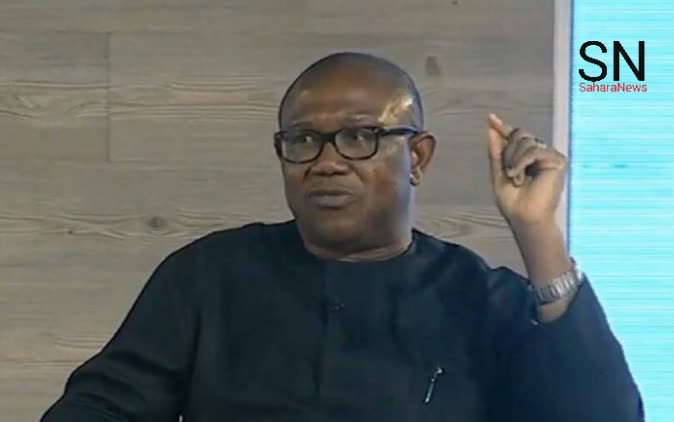 SAHARANEWS – The Vice Presidential Candidate of the Peoples Democratic Party (PDP), Peter Obi, has lambasted Minister of Transportation, Rotimi Amaechi, for saying the Igbo have no chance of suceeding President Muhammadu Buhari in 2023.

The former Anambra governor said Amaechi was not in a position to make such comment, as he failed to deliver the All Progressives Congress (APC) in his home state.

Amaechi, a former Governor of Rivers State, had stated that he would have helped the South East bargain for Igbo presidency if they had supported Buhari 2019 general election.

He said: “I was the first to do that [promise Igbo Presidency] but I don’t know what the situation is now.

“I don’t know what they will do now for voting against the APC. For refusing to support the APC, they cannot come to the table to demand the presidency slot.

“For people like us in the APC, if the Igbo had come and voted Buhari, they would boldly tell Mr President and the National Chairman of the party that presidency should go the Southeast since the South-south; South-west and North-west have produced president.

“What argument would the Southeast come up with now to convince anybody that they deserve the slot for 2023 president?”

Reacting, Obi in a chat with newsmen at the Rivers Government House in Port Harcourt mocked Amaechi over the outcome of the general election in Rivers.

He said: “He’s is not from South East so he cannot speak for us. He’s not in a position to make such statements.

“Even he that’s in the APC didn’t contribute anything to that the success of that election. He didn’t not achieve anything to in his own state.

“Those of us from the South East in the PDP contributed to the the success of our party.

“For example, PDP in my state got 95 percent and they (APC) didn’t even get 25 percent in Rivers. So, he isn’t competent to speak on that”.

JUST IN: APC Set Up Committee To Tackle Anti-party Activities In Zamfara