Buhari Can’t Mourn Shagari After Bringing Down His Govt –… 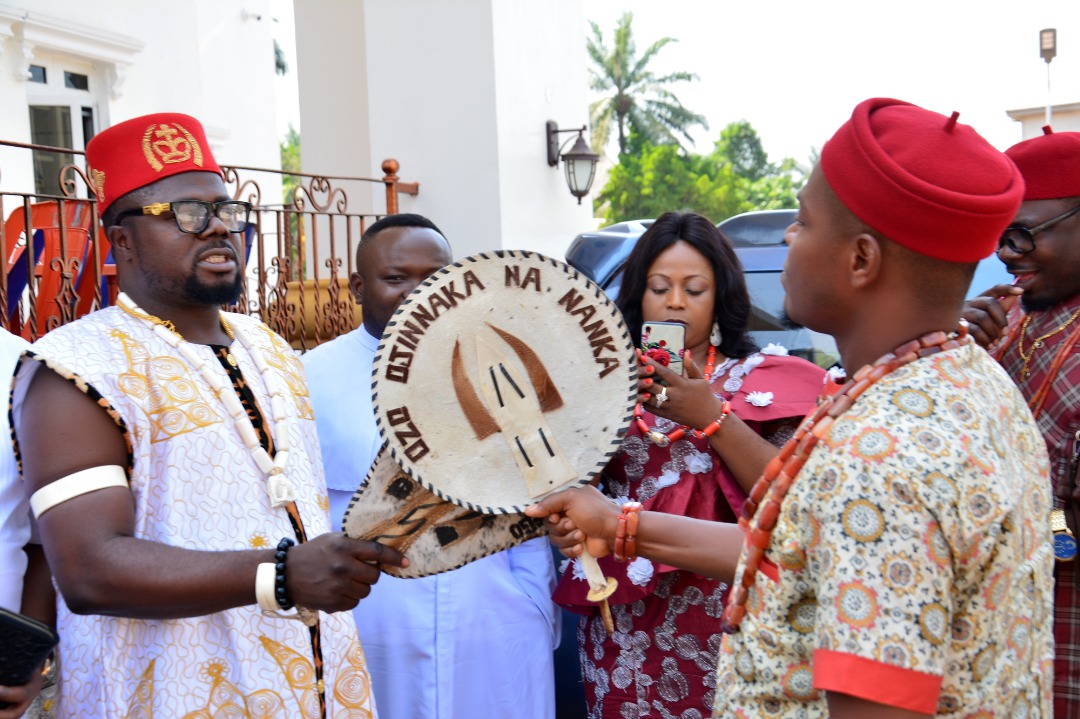 SAHARANEWS – The traditional ruler of Nnewi in Nnewi North Local Government Area of Anambra State, Igwe Kenneth Orizu, has accepted to be the patron of Ikenga Association World wide, an international Igbo based group.

SaharaNews reports that the Nnewi monarch agreed to the request when the group led by its Vice Chairman, Chief Chukwuebuka Ikelugo paid him a courtesy visit recently in his palace in Nnewi.

The Vice Chairman of the group described Ikenga as an umbrella body of Ndigbo all over the world and that members were not happy with the today’s trend as it concern Ndigbo in Nigeria, hence why they set up the group as a catalyst for the development of Igbo race.

ALSO READ:  God Using Insurgency In The North To Punish Nigerians For Their Sins — Sultan Of Sokoto

According to him ” every member is encouraged to carry out one or more developmental projects in his community”.
Chief Chukwuebuka also stated that as if on cue, Chief Ikenna Aniakor, one of their prominent member has taken the lead by constructing a road in his village, which was commissioned in December.

Speaking further, he said they were at the Palace to request him to become their patron, which he acceded to and equally paid him homage during the 2019 Ofala festival.

Igwe Orizu in his response expressed happiness over the visit and honour done to him and gladly accepted to be the patron of the group.

The Royal Father of Nnewi, assured them of his continuous fatherly advice, asking them not to hesitate to consult him if whenever they need his assistance.
The traditional ruler noted that he was close to their chairman, Mr. Ossy Ojukwu who is also the President of Nigerian Community in China. He described the Chairman of Ikenga Ndigbo as a worthy ambassador of Nigeria and Ndigbo in China.

ALSO READ:  BREAKING: Flood Swept Away A Four-Year-Old In Lagos

Igwe Orizu presented the group with sourvenirs which included his memoirs.

The visit coincided with the house warming ceremony of a prominent member of the group, Chief IkennaAniakor, which was attended by prominent persons including the Deputy Speaker of Anambra State House of Assembly.

BREAKING: Anxieties In Aso-Rock As US Govt Summons Malami, 4 Others To Washington Over Worsening Rights Violation