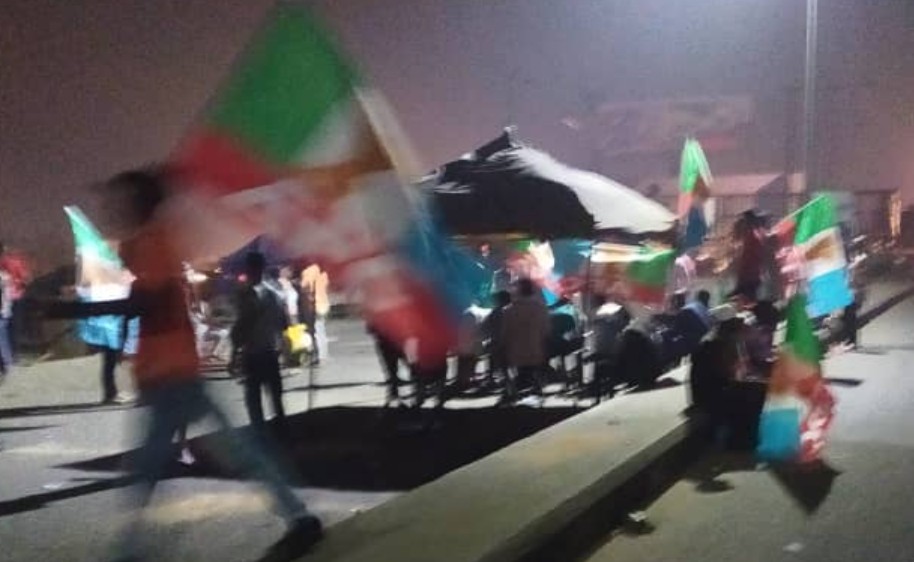 SAHARANEWS – Irate youths numbering hundreds suspected to be members of All Progressives Congress (APC) have attacked the residence of PDP candidate during the November 16, 2019 governorship election and now Governor elect, Senator Douye Diri over the Supreme Court Judgement which ousted the candidate of APC, Chief David Lyon on Friday.

Igbere TV gathered that the protesters, who had earlier on Friday barricaded the streets of Yenagoa in protest of the judgement, later went violent destroying property of some PDP chieftains.

They destroyed the windscreen of cars packed at the premises of the governor-elect, doors and windows at the residence. People who were around at the premises said they had to scamper for safety, when the hoodlums came visiting.