JUST IN: Why We Settled For Lawan As Senate President – APC…

BREAKING: Another Biafran Lady Stunned The World With Her… 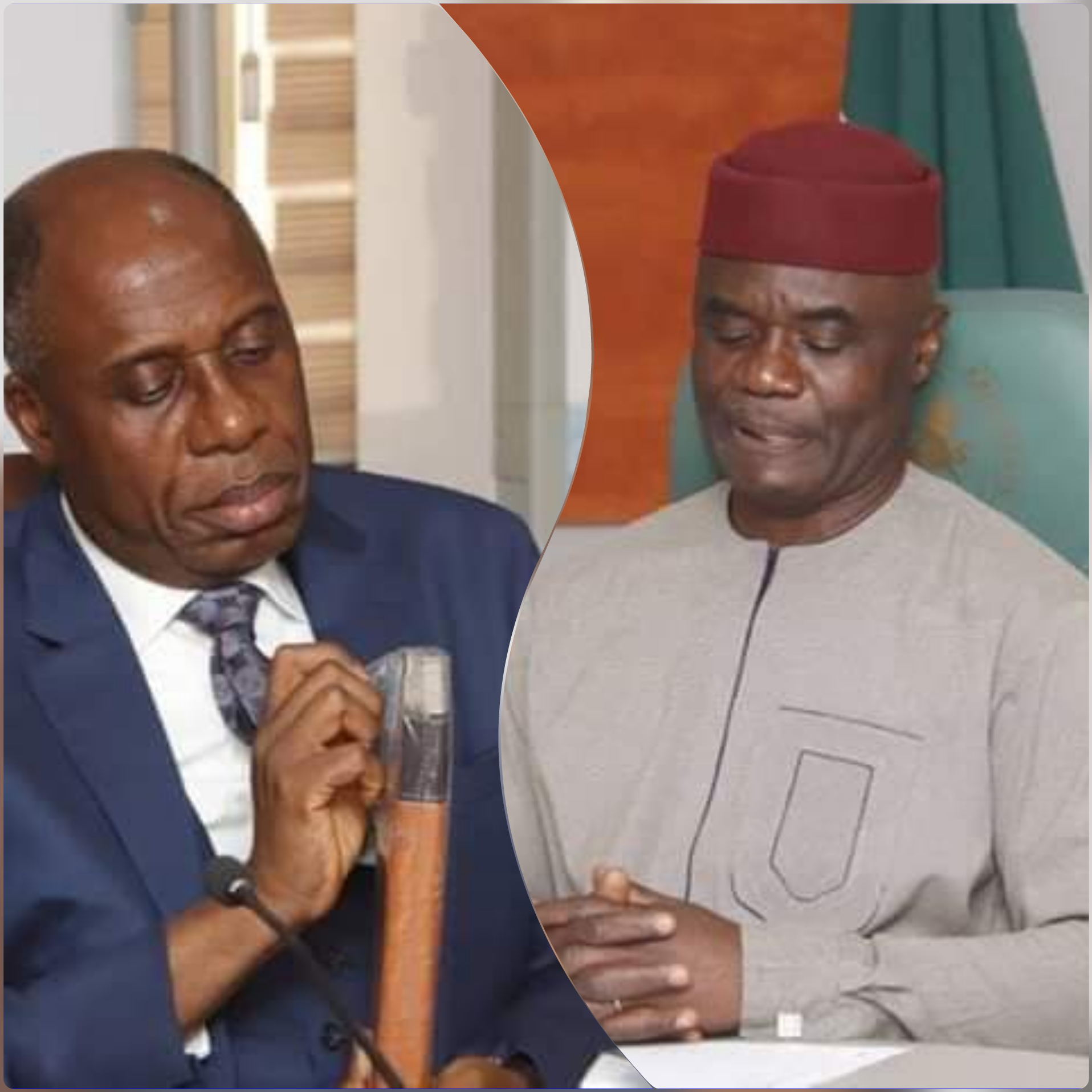 SaharaNews reports that Gov. Ikpeazu also assured that his government will continue to secure federal government owned facilities in the state.

The Governor gave the assurance while making the appeal at the executive chambers of Government House, Umuahia, when he received in audience a delegation of the Federal Ministry of Transportation, led by Rt. Hon. Rotimi Amaechi who was in the State to deliver the commencement lecture at the Gregory University, Uturu. Dr Okezie Ikpeazu reminded the minister that the state is hosting the only dry port earmarked for the South East region of the six licensed in the country.

The Governor who was represented by his Deputy, Sir Ude Oko Chukwu, PhD, sought the collaboration of the Ministry of Transportation for the speedy actualization of the Enyimba Economic City Project, disclosing that most of the initial facilities needed for the Economic City, including the railway, revolves around the Federal Ministry of Transportation, and assured of the preparedness of his administration to secure any facility of the Federal Government located in Abia State.

ALSO READ:  Biafra:The only person that will stop me is Mazi Nnamdi Kanu---Simon Ekpa

While welcoming the Minister to the state, Governor Ikpeazu, who described Abia State as one of the safest States in the federation, commended the efforts of Prof Gregory Ibe, the proprietor of Gregory University, Uturu, for his efforts at promoting tertiary education in Abia State and Nigeria.

Earlier, the Minister of Transportation, Rt. Hon. Rotimi Amaechi, disclosed that he was in the State to deliver a commencement speech at the Gregory University, Uturu. He said he deemed it fit to call on the Governor before going to the event and assured the partnership of the Federal Government in programs the State may involve it in. He however decried the situation where rail lines passing through the south east region are being vandalized by unknown persons and called on state governments in the region to take measures to protect the facilities.

In his remarks, the Executive Secretary/CEO of Nigeria Shippers Council (NSC), Hassan Bello, called for the intervention of the state government to resolve issues of compensation for land owners and provision of infrastructure at the Isiala Ngwa Dry Port location to enable the project move faster.