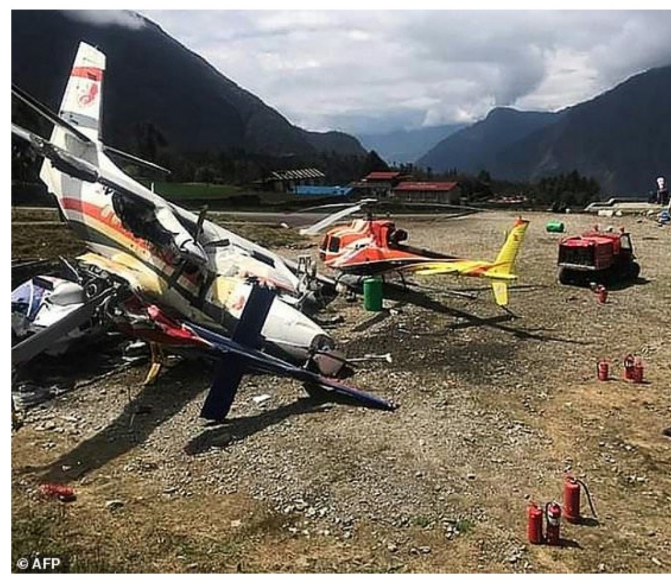 SAHARANEWS – At least three persons have been killed and four injured after a plane crashed during takeoff near Mount Everest.

SaharaNews gathered that the small passenger plane skidded off the runway and smashed into a parked helicopter at the only airport in Nepal’s Everest region on Sunday.

According to report, the plane skidded off the runaway, hitting the helicopter of Manang Air.

Among the dead were the pilot of the plane and two police officers who were near the parked helicopter.

OPINION: Jibril From Sudan, Atiku From Cameroon, Nnamdi Kanu’s Arguments And The Realities Of Nigeria Existence