2019: It will take God to market APC to a right thinking…

“So today at INEC office Garki Abuja, one man came with… 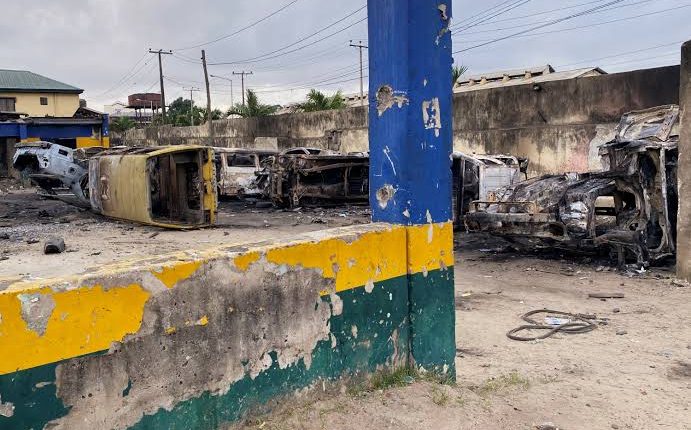 The attackers came at night, said a resident who noted that they heard many gunshots and later saw the police station in flames.

According to Gazette Africa, the unidentified assailants destroyed both the police station and the police residential headquarters.

A lifeless body was found without a head and legs, lying at Okwudor Junction in the area.

No group has claimed responsibility for the attack, which is the latest attack on a police facility in the country.