BREAKING: Release El-Zakzaky To Us For Treatment – Iran Tells Nigeria 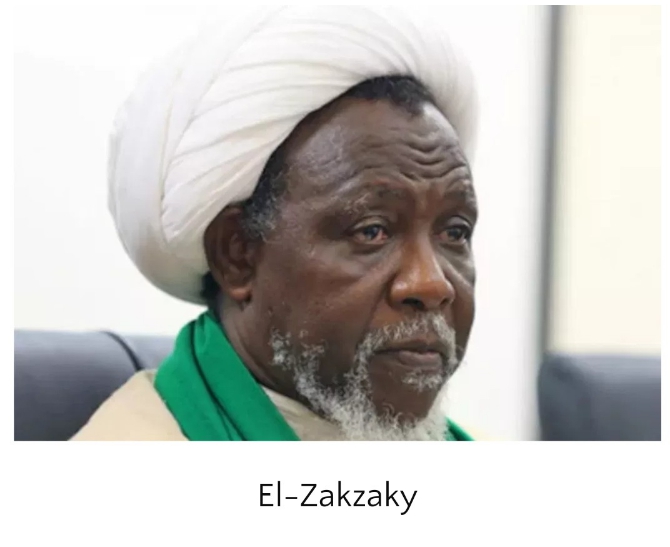 The Islamic Republic of Iran has asked Nigeria to release the embattled Islamic cleric, Sheik Ibraheem El-Zakzaky, to enable him travel to that country for medical treatment. El-Zakzaky

The request was contained in a letter written to the Nigerian authorities by the Iranian Prosecutor-General Mr. Mohammed Montazeri. Agency reports indicated that the letter was written last weekend. “I, as the prosecutor general of the Islamic Republic of Iran, urge the Nigerian judicial authorities (to take steps) in line with their judicial independence and support for a captive citizen, and provide the ground for his release and transfer him to the Islamic Republic of Iran for treatment,”

Mr. Montazeri was quoted as saying. Iran is considered a strong base of Shi’ite Muslims and said to be sympathetic to the El-Zakzaky’s Islamic Movement in Nigeria (IMN). The Iranian government, in the letter expressed worry over the current state of El-Zakzakky’s health and Nigeria’s handling of his case. El-Zakzaky and his followers had for long been a source of apprehension for some members of the public and especially among the largely Nigerian Sunni Muslims.

ALSO READ:  BREAKING: Police Kill One In Lagos Over Protest Against Xenophobic Attacks In South Africa

The group’s practice of trekking long distances along major highways, and in the process obstructing vehicular movement, often brings them into confrontation with law enforcement agents. The bloody confrontation between the group and a convoy of the Chief of Army Staff, Lt. Gen. Tukur Yusuf Buratai in Zaria, about three years ago was the climax which resulted in the eventual arrest and detention of the cleric. Hi followers claimed that El-Zakzaky had become partially blind and that his health was deteriorating, prompting a fresh application for bail to enable him travel abroad for medical attention.

He had earlier been granted bail by an Abuja High Court in 2016 but the government refused to release him. Protests by his followers for his release has become a regular feature in Abuja and Kaduna. The protests were initially peaceful but lately became violent with many deaths of Shiites, police officers and a journalist