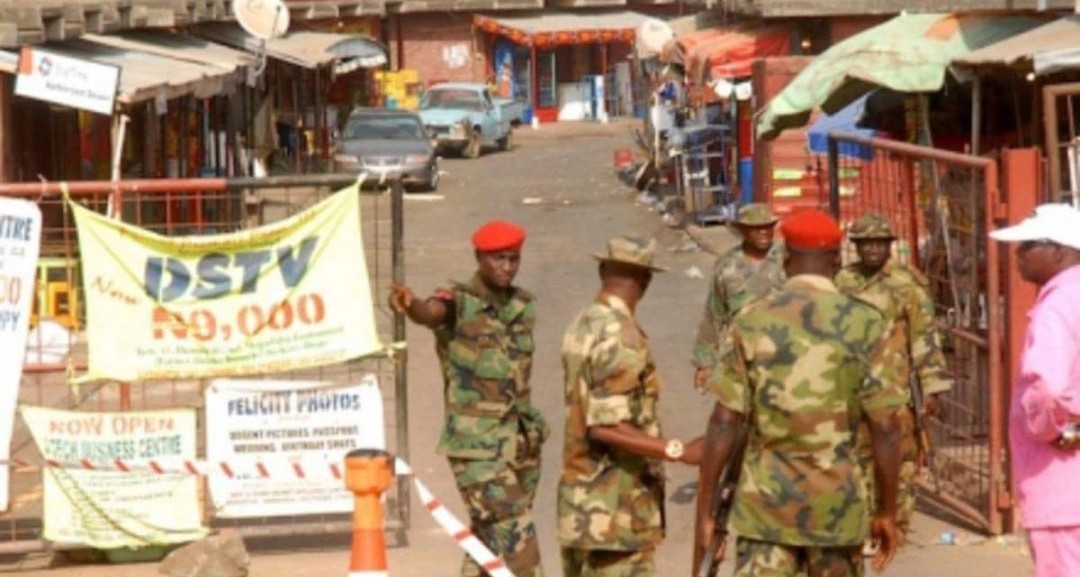 SAHARANEWS – The Police and Army have clashed in Osogbo, the Osun State capital after some soldiers were said to have invaded the police headquarters.

The tension started after the soldiers allegedly invaded the police command headquarters on Monday afternoon following the arrest of one of their colleagues who allegedly stabbed a police officer on Saturday night.

The reason for the alleged stabbing is, however, yet to be clear.

But the soldiers were said to have invaded the police premises with the intention of freeing their colleague from detention.

ALSO READ:  How robbers emptied a lady's house while she was asleep and left apology letter

They were, however, disarmed and arrested by the police, leading to a chaotic situation at the scene.

Consequently, many of the residents began to scamper for safety.

Meanwhile, a source at the police command headquarters told newsmen that the three arrested soldiers have been released, while the one accused of stabbing a police officer remains in the custody of the police.

WAR ON SOCIAL MEDIA: All Is Now Set For Us To Control News In Nigeria – Lai Mohammed

POLICE AND IPOB IN EBONYI: “IPOB Attacked Us With Stones, If Not For The Bulletproof Vests And Helmets One Of Us Would Have Been Dead By Now” – Nigerian Police