“We Will Never Allow Nigeria Break Up, Usman Dan Fodio… 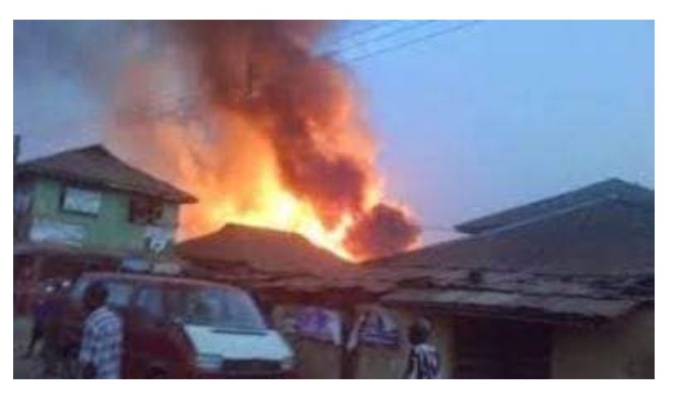 SAHARANEWS – There was an explosion from an Improvised Explosive Device (IED) few meters away from INEC office in Mkpat Enin, Akwa Ibom State.

Sources told SaharaNews that the incident occurred at about 1:30am, Sunday morning.

SaharaNews gathered that part of INEC office was affected and a second device that failed to detonate was discovered at the generator house.

“If that had gone off, a larger part of the INEC office would have been brought down,” the source told SaharaNews.

Further Investigation by SaharaNews revealed that two suspects have been arrested by men of the Nigerian Army.

They were identified to be indigenes of Rivers state.

Officials said the sum of N200,000 was found on them as at the time of arrest.

The source further told SaharaNews that the two suspects have been handed over to the Police for further investigation.

Meanwhile, elders of Mkpat Enin in Akwa Ibom have condemned the act.

Speaking with SaharaNews correspondent, the ‘Divine Mandate’ Coordinator for Mkpat Enin and Commissioner for Economic Development, Labour and Manpower Planning, Barr. Ekong Sampson, called on the law enforcement agents to “thoroughly investigate the case and bring all the anti-democratic criminal elements to book”.

He noted that Mkpat Enin LGA having been a PDP enclave right from the return of democracy in 1999 have never experienced such dastardly act of desperation.

In a statement from the office of the Chairman of Mkpat Enin LGA, Hon. Ekanem Brown, the council boss also expressed displeasure over the incident.

The release reads in part, “Hon. Brown wishes to remind financiers of the nefarious act that while the People’s Democratic Party campaigned from ward to ward and house to house in the area, that other parties were busy sponsoring ‘military show of force’, arresting PDP faithfuls and undertaking undemocratic action. He wonders why and how they expected to win the elections through the back door when they did not work for victory.

“The Chairman however calls for calm as he assures the general public that the bomb blast has not killed anyone as planned by the devil’s incarnates, neither has it affected the overwhelming victory of Governor Udom Emmanuel who has won Mkpat ENIN Local Government Area scoring over eighteen thousand, fifty five (18,055) votes as against the barely four thousand seven hundred and sixty five (4,765) votes garnered by the closest rival, All Progressive Congress, APC.”

Also speaking, the PDP Chapter Chairman of Mkpat Enin, Hon. Anietie Sunday condemned in totality the show of desperation from agents of the opposition party in the area.

He equally called on the PDP faithfuls in the area to remain calm since the results so far collated shows clear victory for the party.

TRAGEDY: Plane With 157 People on Board Crashes Minutes After Take off