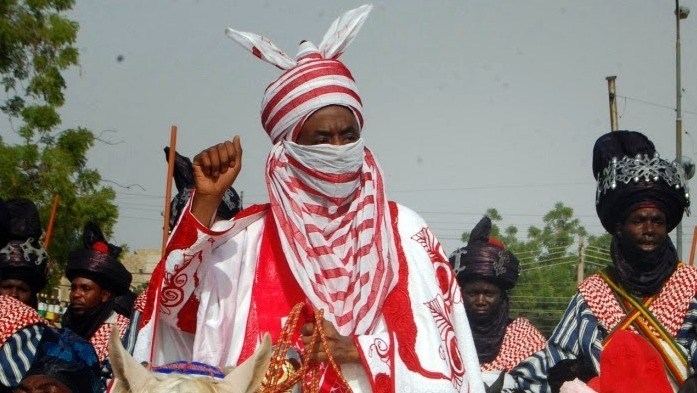 SAHARANEWS – The Kano State High Court has given embattled Emir Lamido Sanusi some reprieve. On Friday, it granted all reliefs sought by the Peoples Democratic Party caucus of Kano State House of Assembly over the creation of new Emirates in the state.

The lawmakers, led by Minority Leader Rabiu Gwarzo, had approached the court on Friday morning to seek urgent injunctions on five issues surrounding the creation of the new Emirates.

The lawmakers said the House of Assembly did not properly convene before hurriedly passing a bill that established four additional units for the Kano Emirate Council.

A few minutes after the House passed the bill for the creation of Karaye, Bichi, Rano and Gaya Emirates, Governor Abdullahi Ganduje signed it into law.

The presiding judge, Nasiru Saminu, granted all five injunctions sought, including the prohibition of gazetting the law and naming of emirs to the new Emirates.

After granting the temporary injunctions, the judge fixed May 15 for hearing on substantive litigation.

Mounting suspicion
The quick passage of the bill and the broad powers it conferred on the new Emirates have fuelled speculation that the governor was determined to whittle down the influence of Emir Lamido Sanusi — rather than reform the state’s chieftaincy policy.

The Kano Emirate is amongst the most-recognised traditional institutions in Nigeria, and arguably the most influential in Nigeria’s north.

Mr Lamido was named emir in June 2014, following the death of Ado Bayero and amidst a turbulent dispute with former President Goodluck Jonathan.

Kano Ruling
It was not immediately clear why Mr Ganduje has vigorously sought to downgrade Mr Sanusi as just one of many emirs in Kano State, but a petition over the emirate’s coffers preceded the bill’s passage.

The Kano public complaints office said some officials in the emirate had mismanaged public funds, but many saw that as a decoy to strike the emir himself.

Mr Gwarzo and his PDP colleagues said they were not entirely dismissive of the investigation of the emir or the creation of new Emirates, but that legal requirements will not be sacrificed in the process.

“We are working for due process and not Emir Lamido Sanusi,” Mr Gwarzo told newsmen Friday night. “Whatever does not conform to the rule of the House, we must go against it.”

JUST IN ‘No Peace For The Wicked’ – ex Minister Mocks Gov. Okorocha