BREAKING:House Of Reps Meets Chief Of Army Staff Over… 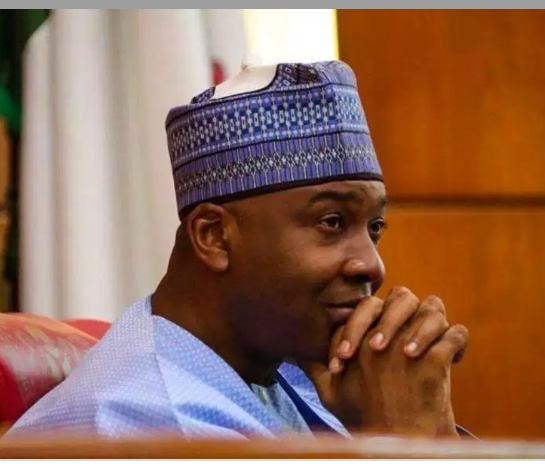 SAHARANEWS – A Federal High Court sitting in Abuja, on Thursday threatened to commit Senate President Bukola Saraki and Clerk of the National Assembly, Mohammed Sani-Omolori to prison if they further fail to obey its order of June 13, 2018.

SaharaNews reports that the court had ordered Saraki and Sani-Omolori to swear-in Air vice Marshal Isaac Mohammed Alfa (rtd) as the Senator representing Kogi east, just as it ordered Senator Attai Aidoko (PDP, Kogi east) to vacate the seat because he was not validly elected.

The presiding judge then, Justice Gabriel Kolawole (now Justice of the Court of Appeal) in addition ordered Independent National Electoral Commission (INEC) to re-issue certificate of return in favour of Alfa.

Despite the validation of the Federal High Court judgement by the Court of Appeal and the Supreme Court, SaharaNews gathered that Aidoko had through his lawyer, Patrick Ikwueto (SAN) on January 28, 2019, filed another suit before the same Federal High Court, asking it to set aside its order of June 13, 2018.

But Alfa’s lawyer, Reuben Egwuaba, applied for “Form 48’’ which is a “notice of consequences of disobedience to order of the Federal High Court, Court of Appeal and the Supreme Court’’.

However, SaharaNews learnt that the Court yesterday granted Alfa’s application to warn Saraki and Sani-Omolori against further delay to inaugurate him as Senator.

Justice Inyang Ekwo held that Saraki and Sani-Omolori should, ‘’take notice that unless you obey the order contained in this order you will be guilty of contempt of court and will be liable to be committed to prison’’.

Senator Aidoko’s appeal against Justice Kolawole’s judgement at the Court of Appeal was dismissed on October 24, 2018, thereby affirming the Federal High Court judgement.

He further appealed against the Court of Appeal Judgement before the Supreme Court which was struck out on January 23, 2019 on the ground that it was caught by the amendment to Section 285 of the constitution, which took effect from June 7 last year.