BREAKING: “Scared? Of Who? I’m Going To Geneva, Let Them Attack Me And See What I Will Do” – Rotimi Amaechi Dares IPOB 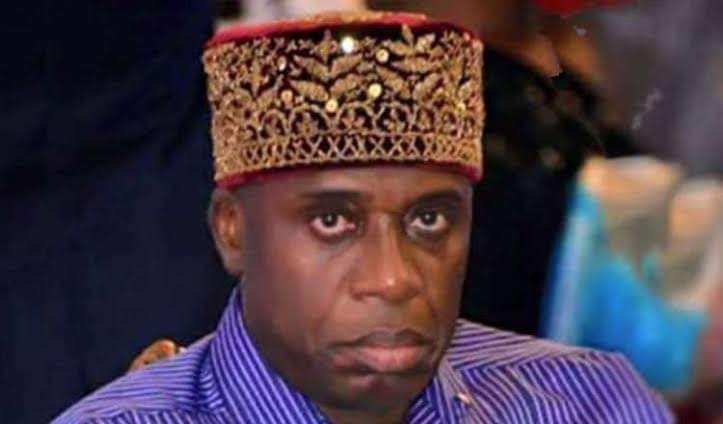 SAHARANEWS – Minister of Transportation, Rotimi Amaechi has revealed that he is not scared of traveling abroad due to threats that Nigerian politicians have been marked for attacks when they travel out of the country.

SaharaNews recalls that the former deputy senate president, senator Ike Ekweremadu, was attacked by some IPOB members in Germany few weeks ago.

Speaking over the threat, Amaechi revealed that self-defense is enough to keep himself protected when he goes abroad.

”What do you mean by that? Scared of who? I’m going to Geneva, let them come. You know there is something called self-defence? Abegi!

”I will go to America or a place I have function to attend to. The solution is not in attacking the politicians”.

Speaking on the solution to Nigeria’s problem which he believes should be followed instead of attacking politicians, Amaechi stated that the Nigerian economy has to be changed from consumption to production economy.

“Buhari In Japan While Japanese Prime Minister Is In France”? “When You Don’t Respect Yourself, Outsiders Will Disrespect You – Reno Omokri