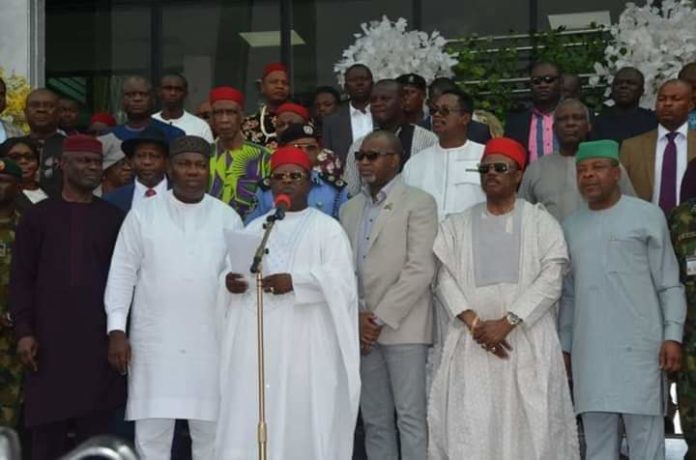 SAHARANEWS – Following the meeting held today in Enugu State, the South East Governors have banned the movement of Fulani Herdsmen from state to state, community to community in the entire South East.

This was made known in a communique issued at the end of the meeting which was held on Saturday at Government House, Enugu State.

SaharaNews reports that the South East Governors also reached an agreement to establish a joint air operations to flush out bandits from Forests in the zone and restrict the movement of herdsmen and their cattle from one state to the other to address the problem of major conflicts between farmers and herdsmen across the country.

SaharaNews reports that the meeting which had Southeast Governor’s Forum with Security Chiefs, Ohanaeze Ndigbo and Minister of Aviation, Senator. Hadi Sirika in attendance also commended the Enugu Governor for establishing the forest Guards and urged other southeast Governors to follow suit and launch in their various states.

The communiqué which was presented by the Chairman of the Southeast Governor’s Forum and Governor of Ebonyi state, Dr. Dave Umahi also disclosed that the Forum also banned the use of A.K 47 and Cutlasses by herdsmen who move about with their cattle and refuted the general belief that southeast governors invited the Army nor were they consulted before the operation of the Python dance in the Southeast.

The Southeast Governors further revealed of their intention to write Mr. President to request for a meeting with him and all service chiefs on security to douse tension in the region.

The Governors forum expressed their satisfaction with assurance given to them by the Minister of Aviation, Sen. Hadi Sirika for the closure of Enugu Airport which bothers on the need to safeguard the lives of the people and of his passion and assurance that the Airport will be uplifted and reconstructed to meet the Abuja International Standard which will be completed before December 2019.

The Communiqué further stated that a committee have been up set with the Minister of Aviation to work out modalities on palliative measures to ease the inconvenience that the closure of the Enugu Airport will cause, while lots of face lifts will be given to the Sam Mbakwe Airport to cushion the effect and assured the safety of the people .

Responding, the Minister of Aviation, Senator Hadi Sirika who acknowledged the importance of the Enugu Airport to the zone and entire country said the Airport was closed to ensure that people fly with ease and safety and assured that they are going to accord the reconstruction of
the Airport with the seriousness it deserve and get it ready before December 2019.

The meeting was attended by all the Governors of the South East including the Abia State Governor, Dr Okezie Ikpeazu represented by his Deputy, Sir Ude Oko Chukwu, Security personnel, top Govt officials leaders and stakeholders from the Southeast zone. 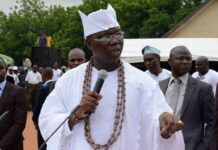 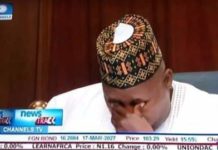 JUST IN: Now, We deeply regret all the gang ups against... 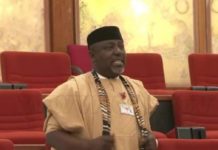 JUST IN: (VIDEO) Swearing In Public Officials With Juju Will Stop...