JUST IN: “Swear With The Qur’an That You Didn’t Rig The… 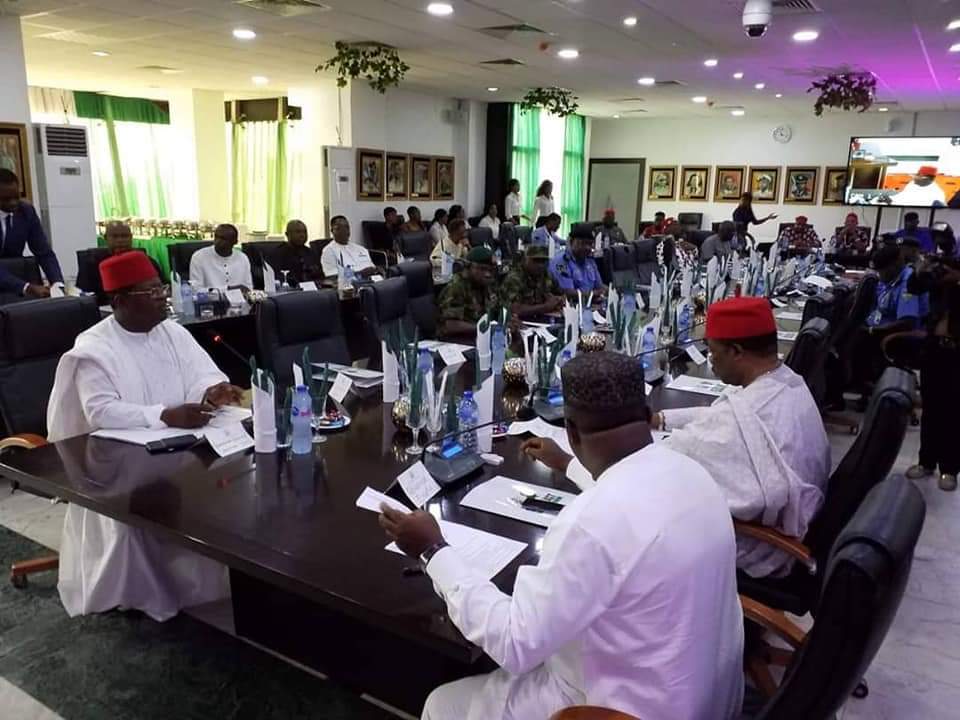 SAHARANEWS – In a bid to tackle the high level of insecurity, the South East Governors are currently in a closed meeting with the Chief of Army Staff, Tukur Buratai and Inspector General of Police, Mohammed Adamu and others.

SaharaNews reports that the expanded meeting of the South-East Governors Forum has commenced at the Government House, Enugu, with Governors Ifeanyi Ugwuanyi of Enugu State, David Umahi of Ebonyi State/Chairman of the Forum, Willie Obiano of Anambra State, Emeka Ihedioha of Imo State and Deputy Governor of Abia State, Rt. Hon. Ude Oko Chukwu, in attendance.

Others include, CPs and SDs of DSS of five states of the South East; the President General of Ohanaeze Ndigbo, Chief Nnia Nwodo, Prof. Barth Nnaji, leadership of Vigilante/Neighbourhood Watch groups in the zone, representatives of FERMA, Nzuko Umunna, and the Director of Highways, South East zone, Henry Udeh, among others.

SaharaNews will bring details of the meeting soon.