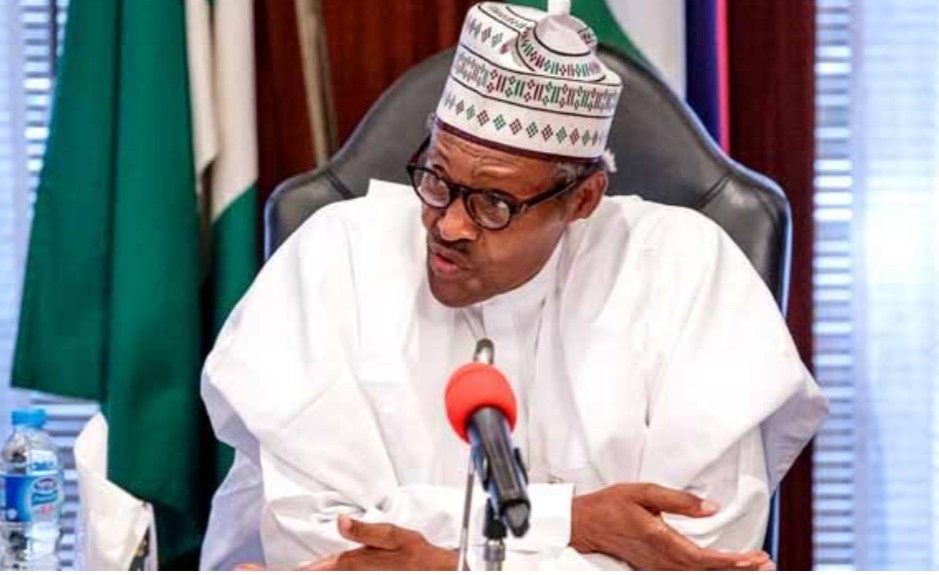 SAHARANEWS – The Senate Minority Leader, Enyinnaya Abaribe, has called on President Muhammadu Buhari to resign as president over rising insecurity in the country.

He made the call on Wednesday when the Senate discussed a motion on national security challenges and the need to restructure Nigeria’s security system.

Mr Abaribe, who was the first to contribute to the motion, faulted the president for failing to tackle the security challenges in the country.

The senator wondered why the president will claim to be surprised at the rising insecurity in the country.

He also called out the presidential media aide, for referring to the Christian Association of Nigeria as a political party for condemning killings by Boko Haram.

“…If you want to treat an issue, you go to the head. We did not appoint the IG or the security chiefs. We will go to the president and ask him to resign,” the lawmaker said.

Enyinnaya Abaribe in his contribution said, President Muhammadu Buhari has been lying to Nigerians that Boko Haram has been defeated.

ALSO READ:  Why I slapped Obiano’s wife to defend myself – Bianca Ojukwu

“Those who live on propaganda shall die by propaganda.

“Defeat is staring us on the face.

The Senate President, Ahmad Lawan, interrupted the lawmaker and asked him to focus on how to tackle insecurity.

“Nigerians voted APC because they promised to tackle insecurity but they have failed…,” Mr Abaribe, a member of the opposition PDP, continued.

Again, Mr Lawan and cautioned him against being partisan.

Nasarawa senator, Abdullahi Adamu, also stood up to condemn Mr Abaribe’s comments and demanded that he withdraw them.

The deliberations are still underway.

The lawmakers have set aside Wednesday to discuss security challenges in the country that have seen attacks by Boko Haram, kidnappers and so-called “bandits” increase, especially in the northern part of the country.

On Tuesday, Mr Buhari said he was surprised at the growing insecurity, and said his government will be “harder” on bandits.

BREAKING: Heavy Tension As Another Pregnant Woman Several Others Butchered In A Fresh Attack By Fulani Herdsmen – See Disturbing Photos

“Now Is The Time To Ban CAN In Nigeria” – Ibrahim Jalingo