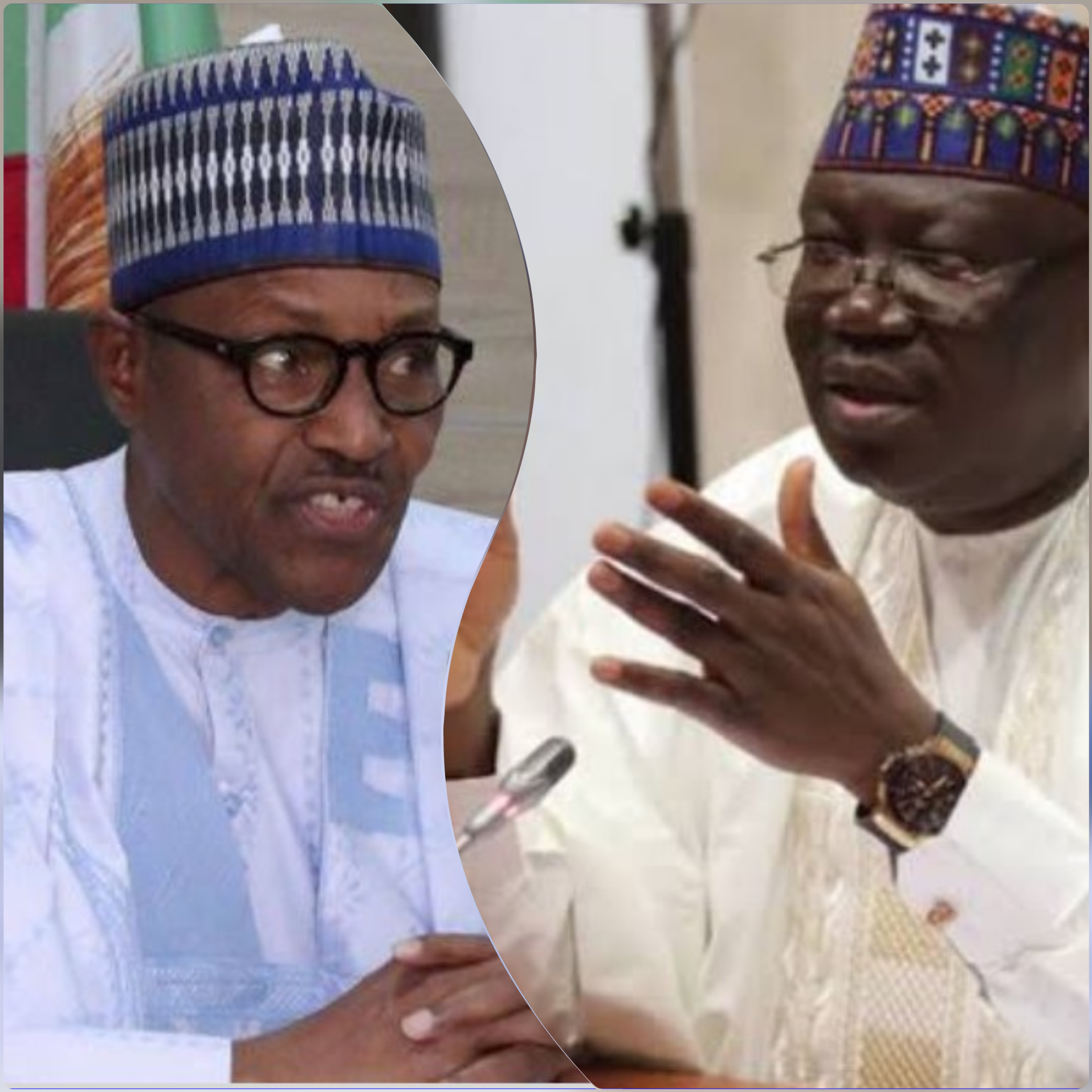 SAHARANEWS – President of the Senate, Ahmad Lawan has said his leadership of the Senate is being painted in a bad light by Nigerians for giving needed support to the Executive arm of government led by President Muhammadu Buhari.

He made the remark on Friday while playing host to the Minister of Labour and Employment, Chief Chris Ngige, who led a delegation of his ministry, Employers Association and Labour unions on a condolence visit to the Senate leadership over the death of Senator representing Imo North, Senator Benjamin Uwajumogu.

Until his death on Wednesday morning, the deceased was the Chairman, Senate Committee on Labour, Employment and Productivity.

Responding to Honourable Ngige appreciation of a harmonious relationship between his Ministry and the leadership of the ninth Senate, Senator Lawan said he was not bothered about the indictment of his leadership in certain quarters as he noted that he would continue to relate with the Executive arm of government without subordinating the legislature to the former.

He said:” We see ourselves as partners with you on the side of the Executive. Until we are able to work together, cooperatively and harmoniously, Nigerians will not benefit from this democracy.

ALSO READ:  JUST IN: No Amount Of Intimidation Or Proscription Can Stop IMN, Only The Release Of El-Zakzaky Can - Lawyer

“In the process, we have been called all manners of names. But we always say people should judge us by what we do and what we don’t. Not by what somebody thinks about us.

“We will work very closely but we will also ensure that we carry out our Abuja national mandate of oversight to ensure that what is right is done for the benefit of Nigerians.”

”We are indeed very grateful for the show of solidarity. What you have done is to show your love for not only the late Senator Benjamin Uwajumogu but for the Committee, the Senate and indeed the National Assembly.

“This kind of relationship will continue to blossom because we believe that this is the best way to go. We should have an understanding among ourselves.”

The President of the Senate also recalled the late Uwajumogu’s last appearance in the Senate a day before he met his death.

“The late Senator Uwajumogu was with us on Tuesday. He made his contributions during our debate on some challenges businesses of Nigerians are suffering in Ghana.

“He was emphatic in his contributions that we have to stand for Nigerians wherever they are in this world. Whether they are here in the country or they are elsewhere.

“It is our duty as Senators, as representatives of the people to stand and support them. And we take that very seriously. God knows best while he took his life but that is inevitable like the minister said.

“What is instructive is for us in the Senate to continue to work for those ideals that he stood for. Seriously the issue of protecting our citizens is a big issue.

“That is the essence of his presentation. He lived for that. He lived for peace. He lived for unity and understanding among the members of the National Assembly particularly among Senators.”

Earlier, Chief Ngige said the delegation was on a condolence visit to the leadership of the Senate and members of the Senate Committee on Labour, employment and productivity on the demise of Senator Ben Uwajumogu.

The minister said the presence of representatives of all stakeholders in the labour and employment community was to indicate the kind of fraternal relationship that existed with Senator Uwajumogu-led committee within a short period of the inauguration of the committee.

Chief Ngige said their unanimous account when they came for budget defence in October was that the committee was so “cohesive, very friendly and ready to help.”

The minister enjoined the Senate leadership to continue on the path of a harmonious relationship with other arms of government in the overall interest of Nigerians.

BREAKING: Mazi Nnamdi Kanu Calls On Biafrans Worldwide To Join Him In A Special Town Hall Meeting In USA 🇺🇸

BREAKING: Overzealous SARS Officers Raids A House To Arrest Yahoo Boys, What Happened Next Will Shock You