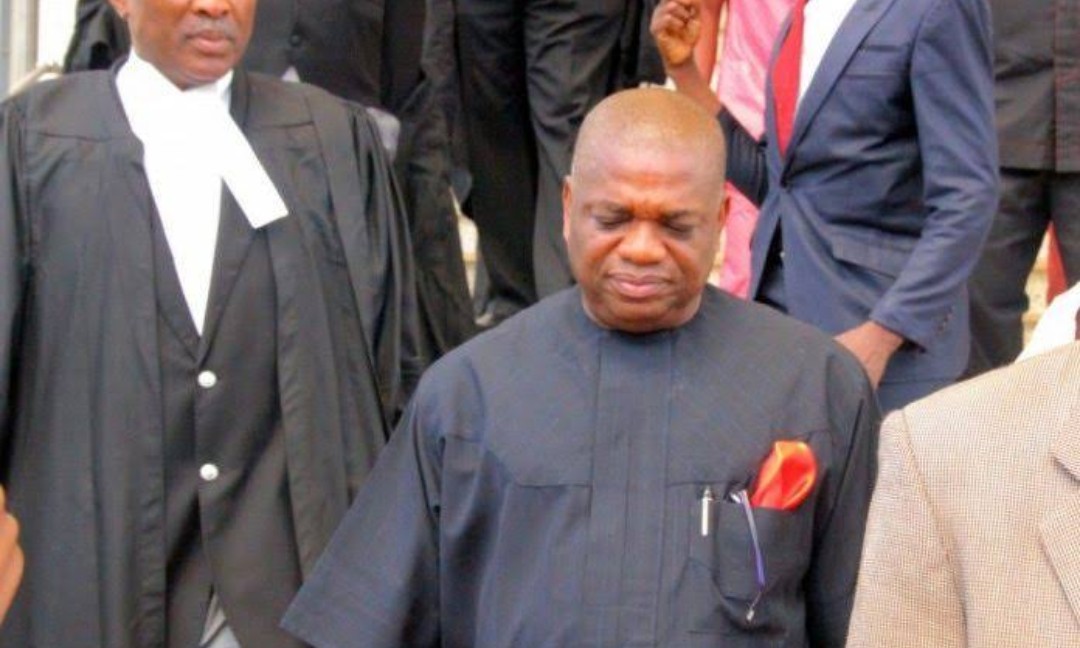 SAHARANEWS – A chieftain of the Peoples Democratic Party (PDP) in Abia, Chief Charles Ike, has charged the Senate leadership to declare the Abia North Senatorial seat vacant due to the incarceration of Sen. Orji Kalu.

Ike gave the charge in a statement he issued in Umuahia on Saturday, saying that the people of Abia North Senatorial District were no longer comfortable being “totally eclipsed” in the Senate. “I hereby call on the Senate leadership to quickly declare Kalu’s seat vacant to enable the district to elect a capable replacement,” he said.

He said that the area had set a machinery in motion for Kalu’s recall and that the process would soon commence in earnest.

He described Ogba’s defection as an act of “political indiscipline”.

He expressed disbelief that Ogba, who dumped APC for APGA, ahead of the 2019 elections, could “so quickly return to pick the same broom he said was not sweeping well”.

He alleged that Ogba’s return to APC was initiated to position himself for the senatorial ticket of the party in the event that the Senate eventually called for a byelection for Kalu’s replacement.

He alleged that Ogba had made four defections in recent time, having moved from PDP to APGA ahead of the 2015 general elections and later to APC and APGA before his latest return to APC.

Ike said: “His jumping from party to party smacks of political indiscipline and his desperation to go to Senate but you know that a rolling stone gathers no moss.

“Unfortunately, too, he lacks the political discipline to be trusted with any public office in Abia north.

“How can you trust a man whose only political antecedent is jumping from one party to another?”

The PDP chieftain further took an exception to a comment credited to Ogba, when he visited the APC national secretariat, where he was quoted to have asked the Senate not to declare Kalu’s seat vacant.

Ike argued that the comment was at variance with the wishes of the people of Abia north who, he said, were earnestly yearning to have a replacement for Kalu.

It would be recalled that Kalu of APC was jailed in December by a Federal High Court for 12 years, having been convicted for a N7.2 billion fraud, when he was Abia governor (1999 to 2003).

Although, Kalu has appealed the High Court verdict, Ike said that his continued incarceration left Abia north without a voice in the Senate.