BREAKING: Senator Diri Of PDP Sworn In As Executive Governor Of Bayelsa State 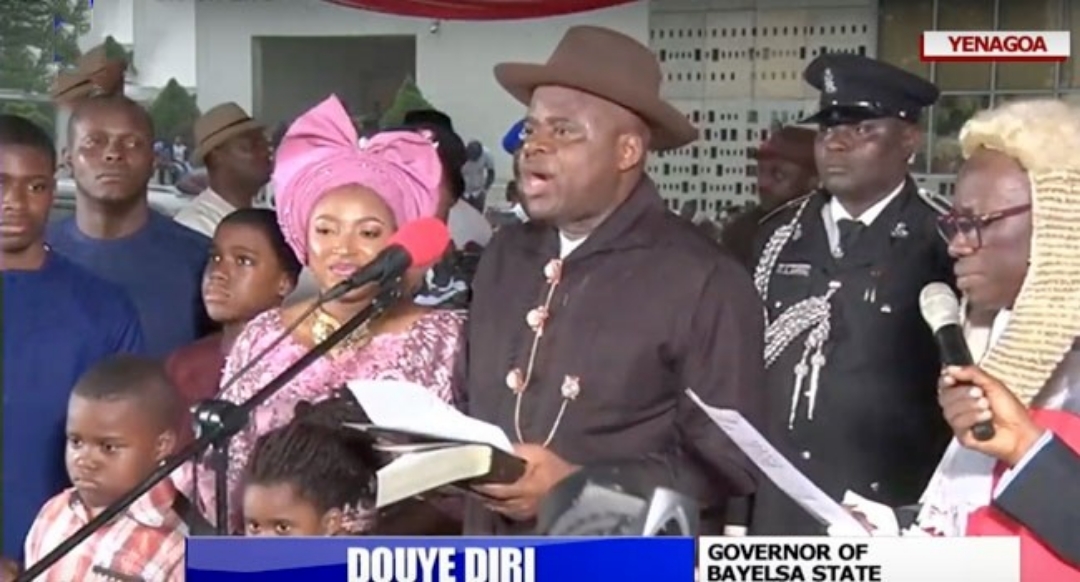 SAHARANEWS – The candidate of the Peoples Democratic Party (PDP), in the 2019 governorship election in Bayelsa State, Senator Duoye Diri, has been sworn in as governor.

His swearing-in comes a day after the Supreme Court sacked the former governor-elect of Bayelsa State, David Lyon, and his Deputy, Biobarakuma Degi-Eremieoyo.

A five-man panel of the apex court led by Justice Mary Peter-Odili ordered the Independent National Electoral Commission (INEC), to withdraw the Certificate of Return that had been issued to the candidate of the All Progressives Congress as the winner of the November 16, 2019 governorship election.

The court then ordered INEC to issue a fresh Certificate-of-Return to the candidate of the party with the next highest votes and with the required constitutional spread of votes in the results of the election, which was the PDP.

Hours before the swearing-in on Friday, INEC officially declared Diri as the winner of the election in the state.

While delivering his acceptance speech, the new governor asked Bayelsan’s to embrace each other in love and avoid hatred which he believes would only inhibit the growth and development of the state.