No Going Back On Yoruba Nation, We Want Freedom’ —…

COVID-19: WHO Begins Clinical trial Of Vaccine In Nigeria 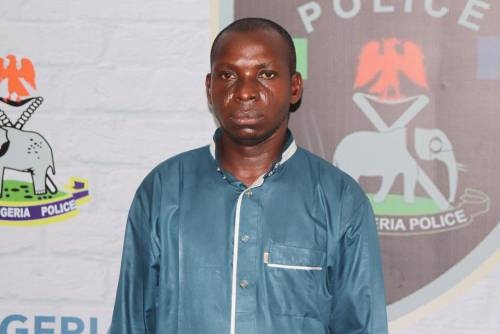 SaharaNews had reported that Wadume was re-arrested on Monday and taken to the Force Headquarters, Abuja, where he had been making statements to the police.

He was re-arrested in Kano State, according to a statement issued by the police and made available to SaharaNews, on Tuesday.

The suspect was first arrested on August 6 by a team of anti-crime police officers in Taraba. He was being taken to Jalingo, the state capital, when soldiers manning a checkpoint opened fire on the police team, killing three officers and a civilian.

An expansive investigation has been launched to unravel the culprits behind the violence, amidst claims that soldiers of 93 Batallion and top local police officers had connived to thwart Wadume’s arrest.

At a short appearance before the police, in a video obtained by SaharaNew, Wadume corroborated police’s report that Nigerian soldiers were involved in the conspiracy that led to the killing of four persons and wounding of others.

Although the Nigerian Army confirmed soldiers were responsible for the attack on the police team, it denied that it was deliberate, blaming it on a communication gap “that was largely avoidable.”

ALSO READ:  JUST IN:Buhari Sack Oladipo For Head Of Prison Service,looking for Another Northerner to replace Him.

But Wadume said he was arrested in Ibi, Taraba State, and “on our way out of Ibi, some soldiers open fire on the vehicle I was being transported in and killed some police officers”.

“The soldiers then took me to their headquarters and cut off the handcuff from my hands and set me free.

“I have been hiding since then until now that the police arrested me again,” he added.

Speaking on the development, the Inspector-General of Police, Muhammad Adamu said the arrest would potentially lead to the smashing of other kidnap rings across Nigeria.