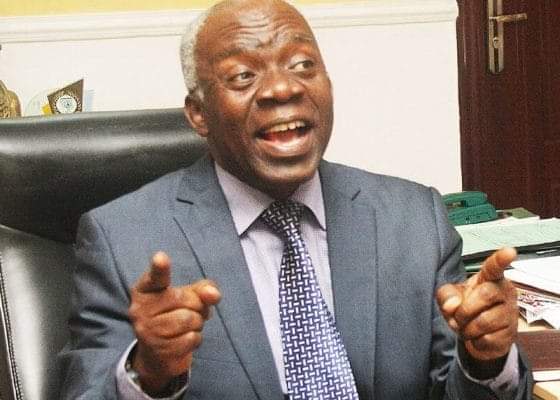 SAHARANEWS – Hrights lawyer and activist, Femi Falana, SAN, during an interview with newsmen in Lagos on Monday said that if members of the Peoples Democratic Party (PDP) are not satisfied with the ruling of the apex court removing Emeka Ihedioha as governor of Imo State, they could go back to the apex court and ask it to take another look at the judgment, adding that protests is not the solution.

Falana was reacting to the protests rocking the South-East and the Federal Capital Territory. He said rather than protesting against the jugment on the streets, the party could go back to the supreme Court if they so wish.

However, as supporters of the PDP continue to protest against the judgment of the Supreme Court removing Emeka Ihedioha as governor of Imo State, a truck conveying protesters to Abuja tumbled this morning in Abuja, resulting in many of the protesters injured. The incident occurred at the Transcorp Hilton Junction, as the truck driver made a swift turn.

However, protests rocked the South-East yesterday over the removal. In Anambra State, the protesters, dressed in black gave a seven-day ultimatum to the apex court to reverse itself, alleging that Ihedioha was wrongfully removed. They gathered at the Peoples Democratic Party Secretariat at Udoka Housing Estate in Awka and marched through the Enugu-Onitsha Expressway, Aroma Junction, Alex Ekwueme Square up to Federal High Court, Awka, chanting pro-Ihedioha songs and expressing their anger at the Supreme Court judges.