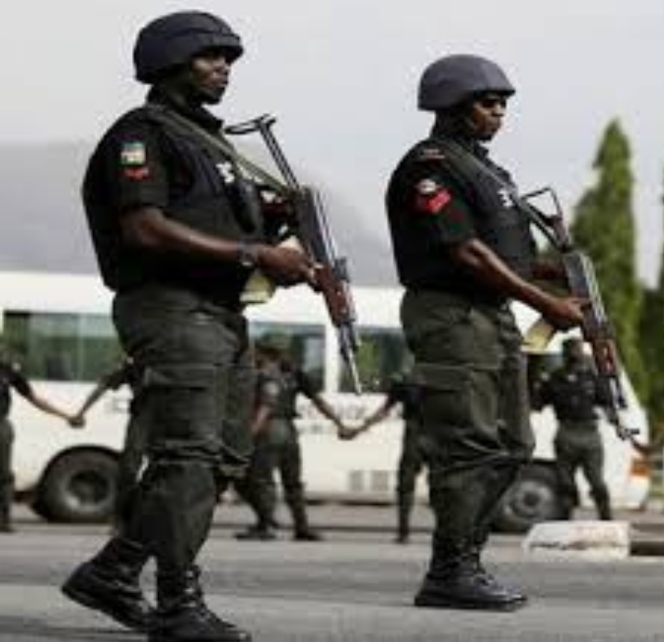 SAHARANEWS – The operatives of the Federal Special Anti-Robbery Squad of the Imo State police command have arrested the suspected killers of Rev Fr.Jude Egbom of St Patrick’s Catholic church, Amucha, in the Njaba Local Government Area of the state.

Egbom was on Monday night along Nkwerre-Anara Road shot dead and his vehicle stolen.

Parading the suspects, Chigozie Uzoukwu, 33, and Peter Ochokwu, 21, on Thursday the state Commissioner of Police, Dasuki Galadanchi, said that the suspects were nabbed in Nkwerre on September 11.

The CP who decried the killing of the cleric said that no murderer will go unpunished.

Worried by the gruesome killing of the priest, Galadanchi disclosed that he activated the Tactical Units of the command to nab the fleeing criminals.

He stated that the efforts of the command paid off with the arrest of the two suspects, recovery of the priest’s vehicle and bag.

The police boss informed that one of the suspects, Ochokwu, was an ex-convict who had spent one year in Owerri prison for alleged involvement in an armed robbery case.

JUST IN: Murder Of Catholic Priest In Enugu Highly Provocative And Unacceptable – Ohanaeze