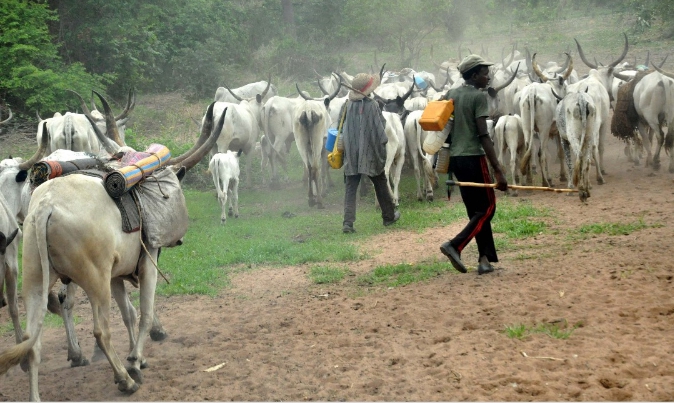 SAHARANEWS – The Catholic Diocese of Enugu on Saturday confirmed the attack on Rev. Fr. Ikechukwu Ilo by Fulani herdsmen along Numeh- Nenwe road in the Nkanu East Local Government Area of Enugu State.

There was palpable tension in Numeh and neighbouring communities in Nkanu East on Saturday following the attack on the Enugu Catholic priest.

Father Ilo, a priest in charge of St. Patrick Church at Numeh, was reportedly attacked alongside one Mrs Chika Egbo on Wednesday evening. They were said to have sustained gunshot wounds.

Confirming the attack on the priest, the Director of Communication, Catholic Diocese of Enugu, Rev. Fr. Benjamin Achi, told ourrreporters that the attack was carried out by Fulani herdsmen.

They reportedly tried to stop him, but when they could not, they opened fire on his vehicle. He was said to have been shot in the leg and the other person sustained gunshot wounds.

He quoted Fr Ilo as saying, “As we drove towards the village, the Fulani killer herdsmen, who spoke both in English and Fulani languages, opened fire, trying to force us to stop. Seeing that we were not ready to cave in to their intimidation, they started raining bullets on our vehicle at close range and in the process, shot me at my ankle and shoulder while the other victim was shot in her leg and waist.”

He expressed gratitude to God that the priest was not killed, saying he was immediately rushed to Annunciation Specialist Hospital, Emene for treatment.

The police also confirmed the attack on the clergyman, adding that investigations into the matter had commenced to ascertain those behind the attack and their motive.

A statement by the Police Public Relations Officer, Ebere Amaraizu, on Friday, which confirmed the report, however, denied that the attack was by Fulani herdsmen.

Amaraizu said, “The Enugu State command of the Nigeria Police Force through its operatives are investigating the attack by robbers on a priest identified as Rev. Fr. Ikechukwu Ilo of St. Patrick Parish, Numeh on Wednesday July 18, 2019, along Numeh axis of Nkanu East Local Government Area of Enugu State by unidentified persons, contrary to speculations of attack by a terrorist group.”