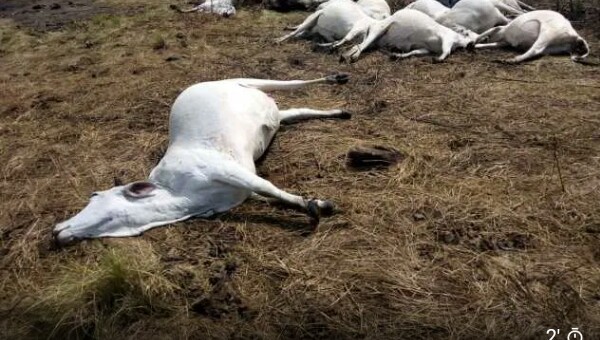 SAHARANEWS – At least 200 cows have been killed by strange disease at Margadu Fulani community in Guri local government area of Jigawa State.

ALSO READ:  In the midst of pulverizing flood in Streams, Wike gives out N300m to Lagos Express authorities' spouses

The official linked the outbreak to the influx of ‘migrants’ cows allegedly from Niger Republic.