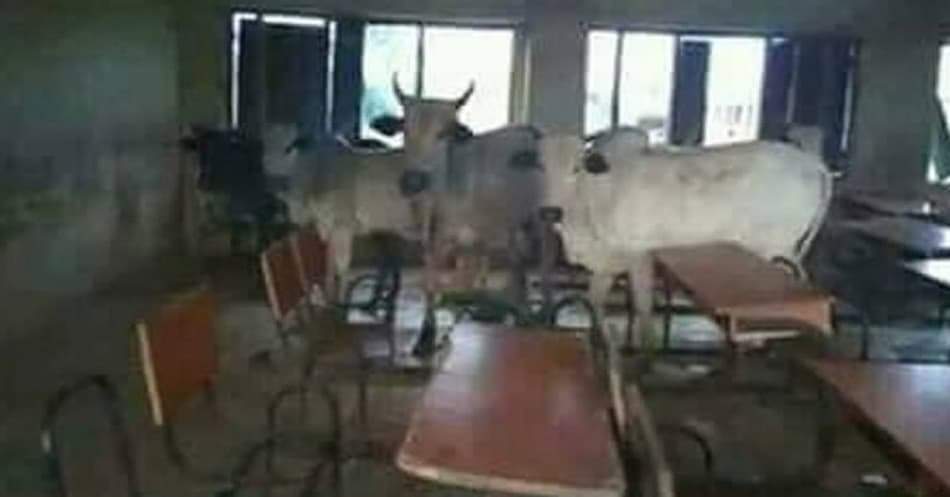 SAHARANEWS – “It was not funny driving to the Senate Building this morning. It is baffling why herdsmen are gradually transforming FUTO premises into a cattle colony”, Nnabuihe said.

Answering a question, the Registrar said that the institution has written to the Chairman, Cattle Owners Association, Obinze, complaining about the development.

Part of the letter, dated September 4, 2019, and copied to heads of security agencies in the state, read: “I write on the authority of the Vice Chancellor, to draw your attention to the incessant invasion of herdsmen and their cattle on the campus of the Federal University of Technology, Owerri”, Nnabuihe said.

He reminded the Cattle Owners Association Chairman that government prohibited the group from grazing on university lands and environs.

“The sensitive nature of grazing on campus and the obvious tension it breeds among students, may ultimately lead to clashes, if not curbed. This is given the current precarious security challenges associated with open grazing”, Nnabuihe said.

The University then requested the Chairman, to urgently intervene by directing the herdsmen to desist from grazing within the University campus.

“Please note that security agencies have been alerted to take decisive measures against anyone grazing cattle within the University environment”, the Registrar told the cattle owners.

In January 11, 2019, there was tension in Anambra State as herdsmen with their cattle invaded Ideke Secondary School in the Ogbaru Local Government Area of the state.

BREAKING: Mark My Words Today, APC Will Not last Beyond 2023 – Sen Okorocha