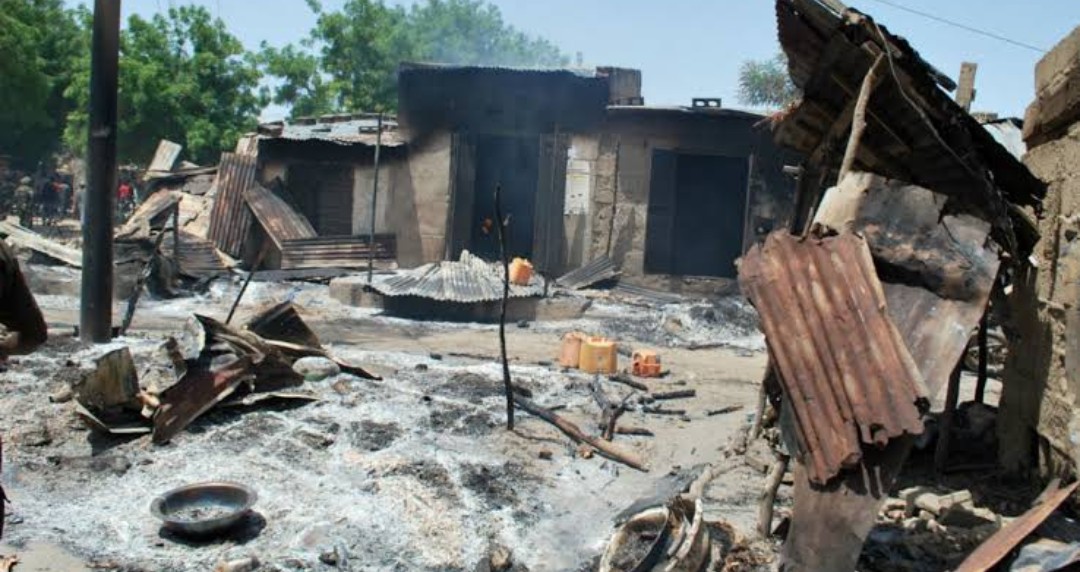 Following the killing of the soldiers, about 150 Fulani houses were on Tuesday said to have been set ablaze allegedly by operatives of OPSH, a multi-security task force maintaining peace in Plateau and some parts of Bauchi and Kaduna States.

He said, “About 6am of Tuesday (yesterday), OPSH operatives in four Hiluxs and some on motorcycles arrived our villages, set them ablazed one after the other”. He added that the action was surprising because the group and community leaders around Gindin Akwati were invited on Monday by the commander of Gashis District, one Major Gado, over the killing of the two soldiers wherein the leaders were told that the perpetrators must be fished out by members of the community.

“He asked us to cooperate with them and bring out all suspected criminal elements. And we all agreed to work with them to ensure peace but to our surprise, we started seeing our houses being burnt by men of the operation,” Bayero added.

When contacted on the two developments, Major Ibrahim Shittu, OPSH Media and Information Officer, said he was not aware of the incident but promised to get back to our reporter when information became available.

However, sources among the personnel of OPSH in Gindin Akwati confirmed to our reporter that two of their colleagues were indeed shot dead on Sunday by gunmen but kept mum over the alleged burning of hamlets.

The spokesman of the police in Plateau state, Ubah Gabriel, also confirmed the attack on the soldiers of Sector 5 in Gindin Akwati, and said aside the two killed, one other soldier was injured. He said while no arrest has been made, investigation is ongoing.

On the burning of houses, the police spokesman said he could not confirm that as at the time of filing this report.

HAPPENING NOW: Pandemonium, Residents on The Run, ‘Many Houses’ On Fire As Boko Haram Hits Chibok; Many Feared Dead