The United States Condemns The Brazen Killings Of Civilians… 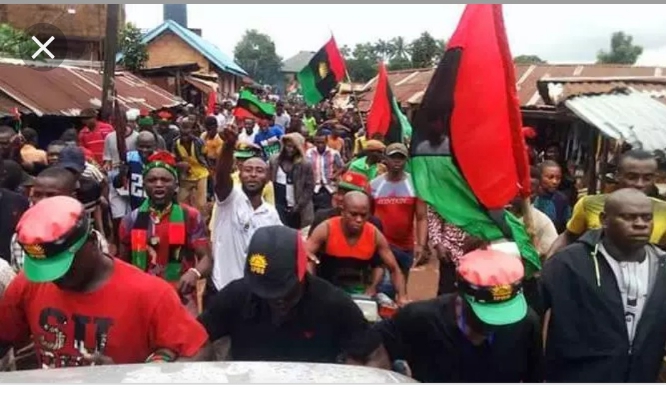 SaharaNews understands that the IPOB members, purportedly on a peaceful demonstration along Nnebisi road, were accosted by policemen around the Stephen Keshi Stadium.

An eyewitness account, who spoke on condition of anonymity, said that the victim was reportedly shot by the police.

But spokesman for the Delta state police command, ASP Chuks Orisewezie, denied that a protester was killed.

He said that the police arrested four IPOB members, adding that one protester was seriously injured.

“The IPOB members this morning started protesting and attack our men at A Division, Asaba, on that process they were arrested. They assembled at Logos- Asaba expressway, and marched to Nnebisi road to launch an attack on the police station,” the police officer said.

As at the time of filling this report, Nnamdi Kanu is yet to respond to police claims.

JUST IN: Issuance Of New International Passport Commences On April 29 – See Price & How To Apply