The Democrat Party is in the middle of the biggest financial…

Biafra: Nnamdi Kanu is innocent, did not commit any offense…

JUST IN: Atiku Has Both Integrity And The Capacity To Lead… 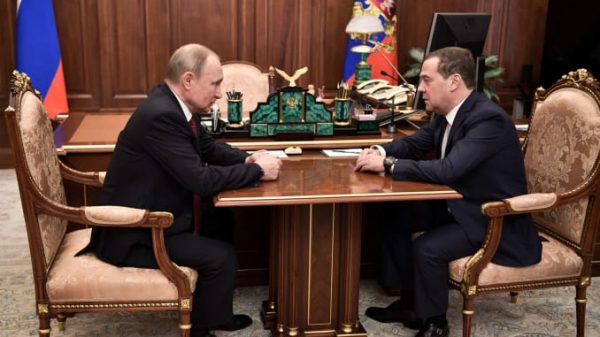 SAHARANEWS – According to the latest reports, the entire Russian Government has resigned, this comes of after President Vladmir Putin tried to make a law that will prolong his stay as the President of the country.

Putin’s latest decision comes barely four years to the end of his current term and in normal situation he is not expected to contest again.

Prime Minister Dmitry Medvedev stated that Putin’s action will cause an imbalance in Government in the country.

The report revealed that Putin asked Mr Medvedev to become deputy head of the National Security Council, which is chaired by Mr Putin.

He later went ahead to nominate tax service chief Mikhail Mishustin as a replacement for Mr Medvedev as prime minister.