BREAKING: The Man In Aso-Rock Is Not The Real Buhari – Sule Lamido 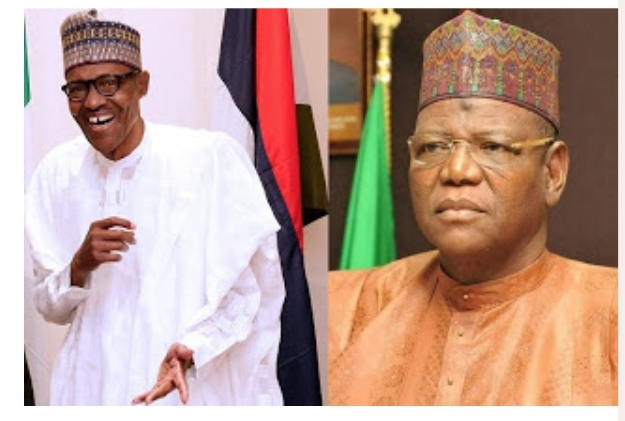 SAHARANEWS – Former governor of Jigawa State and Peoples Democratic Party presidential aspirant, Sule Lamido, on Saturday kicked off his electioneering campaign by declaring at a rally that he was confident of becoming Nigeria’s president after the 2019 general elections.

Mr. Lamido held the rally at the PDP office in Birnin Kudu Local Government Area of the state. He had, before the rally, reportedly travelled across Nigeria meeting leaders of the party to notify them of his intention to run for the presidency next year on the platform of the opposition party.

According to the official election timetable released by the electoral commission, INEC, campaigns are not supposed to start until later in the year. This did not, however, deter the former governor from addressing the rally.
Speaking before thousands of his supporters, he dared “whoever that person may be” in power to try to prevent his emergence as Nigeria’s next president, which he said is the will of God.

Mr. Lamido aimed several jibes at President Muhammadu Buhari, who is also expected to seek re-election; beginning by declaring that unlike him, the incumbent president is not an original Fulani. Mr. Buhari is from Katsina State in the same North-west geo-political zone as Mr. Lamido’s Jigawa State.

ALSO READ:  BREAKING: "Who Is The President Of Nigeria?" - Reno Omokri Raises An All Important Question

“The 2019 presidential election is undoubtedly going to be between an original Fulani man and a fake Fulani man who was governor and minister at different times,” the aspirant declared to his cheering supporters.

He said although Mr. Buhari is a Fulani by birth, he does not speak the language. Speaking in Fulfude to the crowd, he challenged the president to translate some of his remarks; declaring immediately that Mr. Buhari could not do it.

He also took a swipe at Mr. Buhari’s record in public offices, saying it could not stand beside his own.

“The difference between myself and Buhari is that although he was one time a governor under the military, he never served the people. He was a minister of petroleum that was not known by many; whereas during my time as Foreign Affairs minister, I was known all over the world; while my track record as former governor of eight years has raised me above Buhari.”

“Under President Buhari, Nigerians have been starved to the extent that they cannot protest against the hike in the prices of essential commodities in the country,” he said.

Mr. Lamido then gave a brief history of his political struggle he said dated back to 40 years, through which he said he rose from party youth activist to become a lawmaker, party chieftain and minister before his election as governor of Jigawa State.

The former governor also dismissed as political persecution, his ongoing trial by the Economic and Financial Crimes Commission for alleged corruption while he was governor.

Mr. Lamido alongside two of his sons, Aminu and Mustapha, and two others have been arraigned by the EFCC on a 27-count charge for alleged abuse of office and money laundering.

“They called me a thief and jailed me. All the molestation and intimidation can’t change my destiny in becoming the next president come 2019. I believe in the entrenchment of democracy in the country.”

He described officials of the All Progressives Congress federal government as thieves who he said have deceived and disunited Nigerians along religious lines.

“We are aware that APC has shielded corrupt personalities like Maikanti Baru (the Group Managing Director of the Nigerian National Petroleum Corporation), David Lawan Babachir (former Secretary to the Government of the Federation who was removed from office for alleged corruption) and Babagana Kingibe who requested for $43 million from NIA (National Intelligence Agency.”

“Obasanjo’s letter has unlocked Nigerians’ freedom of speech. Before, people were afraid to speak against APC evil, only me, Tanko Yakassai, Buba Galadima and Naja’atu Muhammad (could speak) because we are not afraid of intimidation.”

He said Mr. Buhari and APC told Nigerians lies prior to the 2015 elections, stating: “now the people have known better and that will manifest in the 2019 polls.”

In an effort to get the presidency to respond to Mr. Lamido’s remarks about the president and his government, Premium Times made several calls to Garba Shehu but the presidential spokesperson did not pick the calls.

Mr. Lamido, who has been in the PDP since he co-founded the party in 1998, is seeking the presidential ticket of the opposition party. He is expected to contest for the ticket against other aspirants including the Ekiti State Governor, Ayodele Fayose, who has also declared his interest despite the party formally zoning the ticket to the northern regions of the country. Former vice president, Atiku Abubakar, who last year dumped the APC, is also expected to run for the ticket.

JUST IN: Saudi Arabia Replies FG Over The Execution Of Nigerian Woman, Says “The Law Is Known To All, No Apologies”